Father Graham Golden was killed and 24-year-old Brother Lorenzo Romero was hurt when a car crashed into theirs as they were turning out of the Santa Maria de la Vid Abbey. Investigators said two cars were possibly racing when the crash happened.

“Graham grew up in this community and he was an extraordinarily talented young priest, and he’s done a number of ministries even in his young life where he’s touched lots and lots of people in parishes, and including working for the Catholic Foundation,” said Abbot Joel Garner.

The driver who hit Father Graham’s car has been cooperating with investigators and has not been charged yet.

While the community suffered an unimaginable loss with Father Graham’s death, Brother Lorenzo is expected to recover. 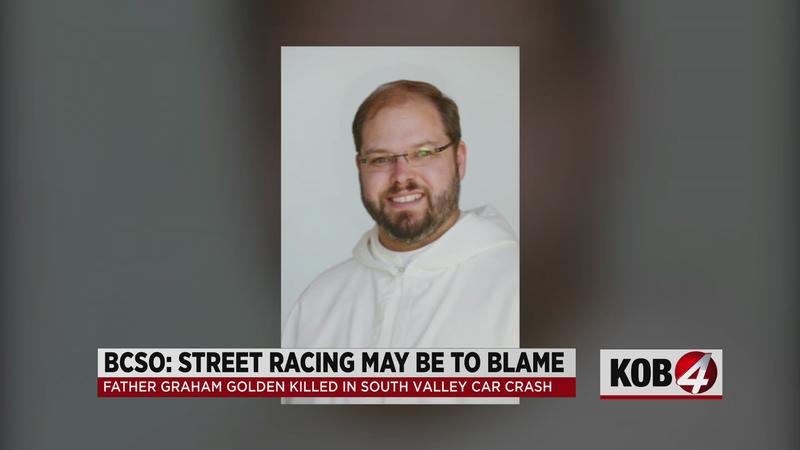 “I talked to him this morning and he’s hurting ‘cause ribs, breathing and so forth, but he said he was walking slowly, and we’re hopeful that it’s a very short stay in the hospital,” Abbot Garner said.

A prayer service and funeral mass for Father Graham will be held this Thursday and Friday.

For more information about the upcoming services, click here.