ALBUQUERQUE, N.M. — One individual was taken to the hospital after a shooting on Paseo Friday.

Eastbound Paseo del Norte was closed between Eagle Ranch and Edith for hours.

The Bernalillo County Sheriff’s Office tweeted that detectives were on scene at Paseo and Second Street for a reported rollover crash due to a shooting.

The victim’s condition is unknown at this time.

Violent Crimes Detectives are on scene at Paseo Del Norte and 2nd St. for a reported rollover crash due to a shooting. All of Eastbound Paseo Del Norte from Coors Blvd. will be closed until further. This is all the information we have at this time, the investigation is ongoing. pic.twitter.com/huETPrd5FW 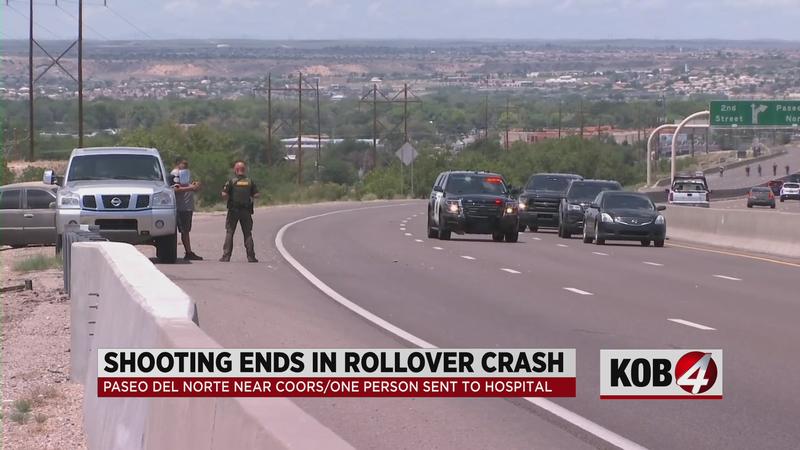