ALBUQUERQUE, N.M.- The Bernalillo County Sheriff’s Office released body camera footage from the moments after Father Graham Golden was killed in a crash.

He was pulling onto Coors as he was leaving a South Valley abbey.

Investigators say Manuel Soria was driving when he crashed his truck into Father Golden’s car. Brother Lorenzo Romero was injured in the crash.

A witness described what he saw that night.

"The white pick-up truck just nailed him dead-on and T-boned him," he said. 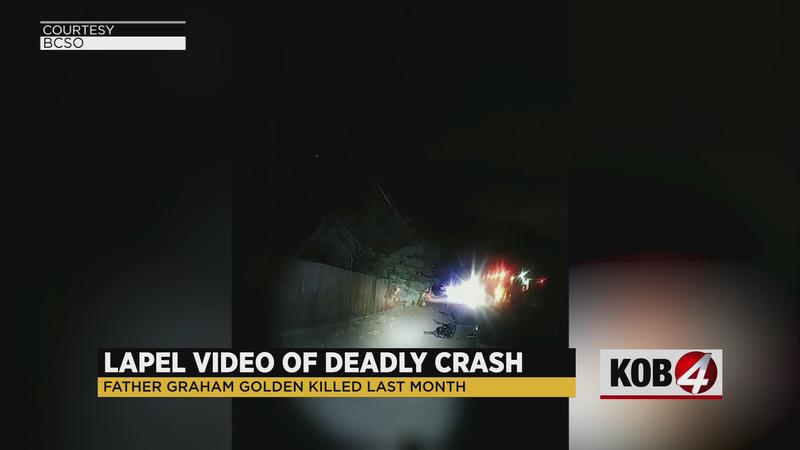 "The speed in conjunction with multiple – two – independent witnesses saying that they were actively racing," a deputy said.

Soria is charged with homicide by vehicle.

Meanwhile, the City of Albuquerque is making sure Father Golden’s legacy lasts. The city council approved renaming a stretch of Coors after him.