Bernalillo County Sheriff Manny Gonzales said BCSO received a call about a fight where a shot was fired in an area near Atrisco Elementary in southwest Albuquerque.

Gonzales said deputies were nearby and spotted a male suspect while they were on their way to the fight. Authorities said the man tried to escape and that’s when gunfire was exchanged.

The sheriff said they don’t know how many shots were fired and who pulled the trigger, but he did confirm at least one deputy shot at the suspect. Deputies reportedly tried to give the suspect medical aid but he succumbed to his injuries.

BCSO has not released the suspect’s identity at this time. This is the first deputy-involved shooting with BCSO since they began using cell phones as body cameras. 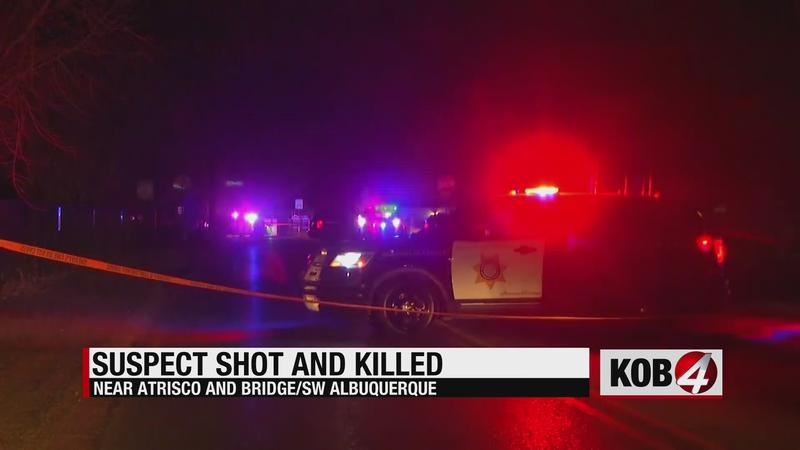 Sheriff Gonzales said they’re 100% compliant and all deputies involved in this shooting were wearing a camera.

Roads near Atrisco and Bridge are closed as authorities investigate the scene. No deputies were injured during the shooting.