BCSO: Vandalism suspect was among several people who shot at county headquarters

Noah Tapia, 20, turned himself in after learning that law enforcement was looking for him. He’s facing multiple charges including felony criminal damage to property and shooting at a dwelling or occupied building.

It’s the first arrest for Monday’s vandalism that did about $45,000 in damage to the building, including a $5,000 painting that was hit by a bullet on the building’s sixth floor. The county said security guards were inside the building but weren’t injured.

Court documents said surveillance video caught a group of people firing shots at the county building from the top floor of a parking garage next to it.

According to an arrest warrant, numerous tipsters identified Tapia after Crime Stoppers released a video of him firing a gun from a truck downtown. When detectives looked up Tapia’s Facebook page, they found a picture of him standing on the top floor of the parking garage holding firearms. 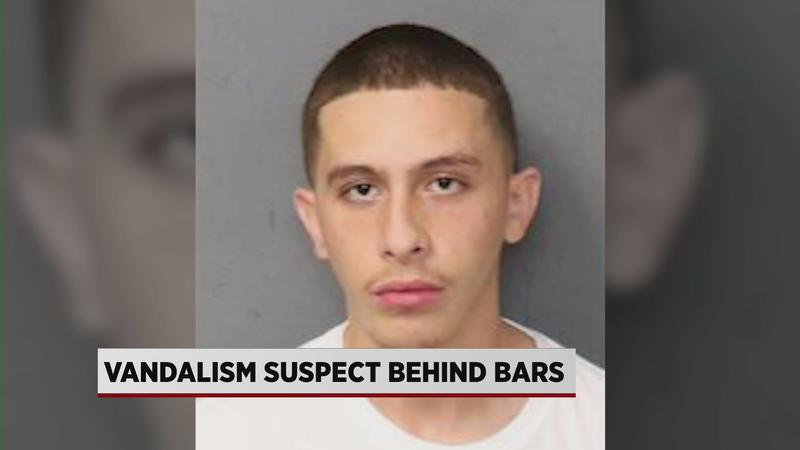 On Wednesday morning, the Bernalillo County Sheriff’s Office posted a picture of Tapia posing with the guns and his truck, thanking the public for all the tips.