ALBUQUERQUE, N.M.- A bear at the Roswell zoo got out of its enclosure.

"Apparently this black bear had clawed and pulled away at some chain-link fencing that’s part of the rear of the enclosure, and she was able to open up just enough hole so she could squeeze through," said Todd Wildermuth, City of Roswell public information officer.

Winnie’s escape happened Wednesday when the zoo was closed.

New Mexico Game and Fish officers tranquilized Winnie, and with the help of Chaves County Sheriff’s deputies, lowered her back into the enclosure.

Spring River Zoo officials said Winnie is doing fine and no one was injured. 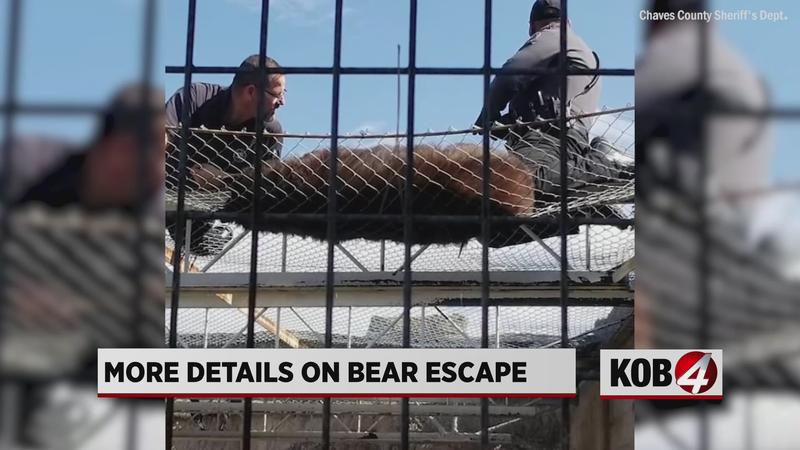 They’ve re-evaluated her enclosure to keep her from getting out again.

Winnie had been staying at the park while her enclosure at the Alameda Park Zoo in Alamogordo is under construction.

A City of Alamogordo spokesperson said Winnie had been with its zoo for about 10 years, and has never tried to escape.