Beekeepers provide tips on how to deal with bee swarms

ALBUQUERQUE, N.M. – Local beekeepers are giving tips on how to respond to bee swarms.

If someone sees a big swarm of bees on a tree or in a vehicle—don’t panic. Amy Owen, a local beekeeper, said it’s actually when they are the calmest.

"They are full of honey to go start their new home elsewhere, and so they’re just kind of slow and hanging out until they find a new place,” Owen said.

It’s been said that bees are responsible for about one third of the food people eat, so it’s important to keep them around. People are advised not to spray and kill them.

"We’ll get a hive box and put it under the swarm and then just either gently put the bees in or shake them from the limb into the box. If you get the queen in there, all the bees just follow and go in, so it’s a really simple easy process that looks absolutely magical,” Owen said. 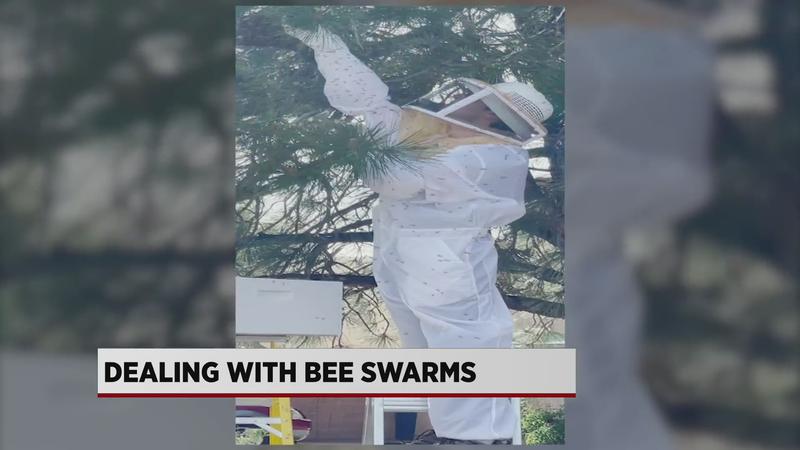 Owen said it’s best to contact a beekeeper as soon as possible once someone notices a swarm.

"They aren’t going to stay on that spot long because they are already sending out scout bees to try and find a new home once they’ve landed," Owen said.