The Cemetery Fire, which started Saturday, has burned 320 acres and it 30% contained.

Officials with the Valencia County Fire Department said the fire is burning on both sides of the Rio Grande.

"Actually I’m from northern California where there’s a lot of forest fires, and five years ago my grandparents lost their house in a fire, so to see the smoke, to smell it—I automatically went into panic mode. I cried a little bit. It’s just so close and with fires you just never know, and it just takes a second for the winds to shift,” said Abigail Rede, who lives about a mile away from the fire.

No evacuations have been issued so far, but fire crews are still asking people to remain vigilant. 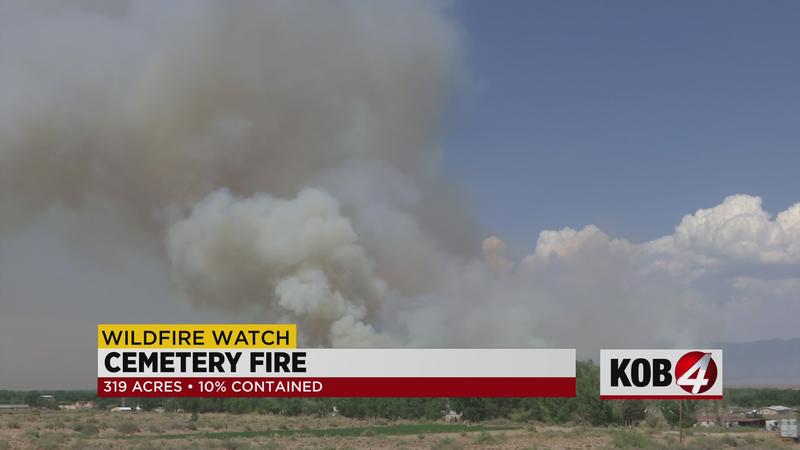