ALBUQUERQUE, N.M. — An abbey in the South Valley is mourning the loss of a beloved priest after he was killed in a car accident Friday night.

According to BCSO, two vehicles were racing when one of them t-boned Father Graham Golden’s car as it was pulling out of the Santa Maria de la Vid Abbey. One other brother was also injured in the crash. Abbot Joel Garner told KOB 4 that the two were on the way to get dinner when the crash happened.

35-year-old Father Graham had been in the religious community for more than a decade, Abbot Garner said, and was known for his dedication and creativity. Garner said his death is a huge loss for the community, and his brothers at the abbey.

“Graham grew up in this community and he was an extraordinarily talented young priest and he’s done a number of ministries even in his young life where he’s touched lots and lots of people in parishes, and including working for the Catholic Foundation,” Abbot Garner said.

The injured brother, 24-year-old Lorenzo Romero, is expected to recover from the crash. 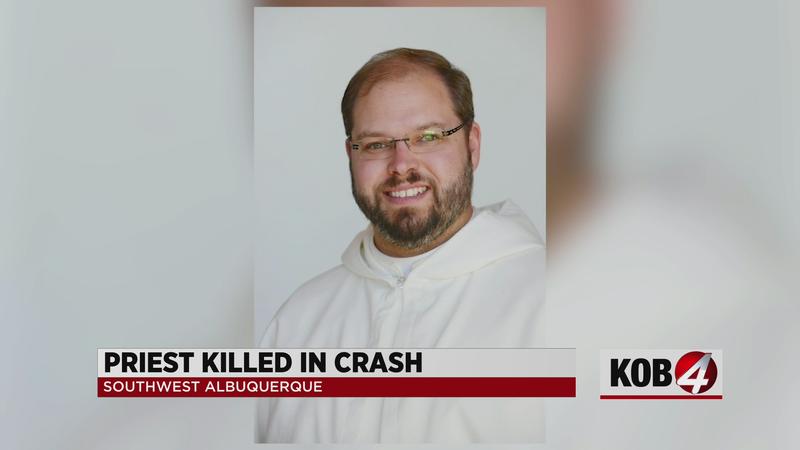 “I talked to him this morning and he’s hurting ‘cause ribs breathing and so forth, but he said he was walking slowly and we’re hopeful that it’s a very short stay in the hospital,” Garner said.

Abbot Garner is asking people to pray for the Father Graham and Brother Lorenzo, their families, and the community.