SANTA FE, N.M. – After the death of 13-year-old Bennie Hargrove, there are renewed pushes to hold parents responsible for allowing their children unsecured access to their weapons.

Gov. Michelle Lujan Grisham has mentioned she wants crime to be a priority during the upcoming 30-day session in January.

Hargrove died a hero. He was shot and killed at Washington Middle School in August. Witnesses said he was standing up for kids who were being bullied.

"We understand, from other kids at school, the gun had been there for multiple days," said Shane Maier, an attorney with the Law Office of Adam Oakey.

Maier is one of the attorneys working closely with the Hargrove family. Juan Saucedo Jr. was arrested and is being charged with Bennie’s murder. According to police reports, the gun that was allegedly used belonged to Saucedo Jr.’s father.

"There’s no charges against these parents yet, even though everyone can admit he had knowledge of the gun he even told the media he was on the way to the school to try to get that gun from his son," Maier said.

According to officials with the Bernalillo County District Attorney’s Office, there’s no update on if Saucedo Sr. will face charges.

Maier and Adam Oakey are working with lawmakers to push for change in the state legislature that would hold parents more responsible.

"We’re trying to hold gun owners responsible, and if a child gets his hands or her hands on the possession of a gun, and they use it in a criminal act, that parent would be charged with a felony," said Adam Oakey with the Law Office of Adam Oakey.

They are working with Rep. Pamelya Herndon to get legislation ready for the upcoming session in January.

A spokesperson for the Bernalillo County District Attorney’s Office sent a statement in response to those efforts:

"We encourage the legislature to draft and pass a statute that would hold parents accountable when they do not properly store their firearms in a safe inaccessible space away from their children."

Rep. Herndon is still working to get the legislation ready for the upcoming sessin, saying this is a priority. 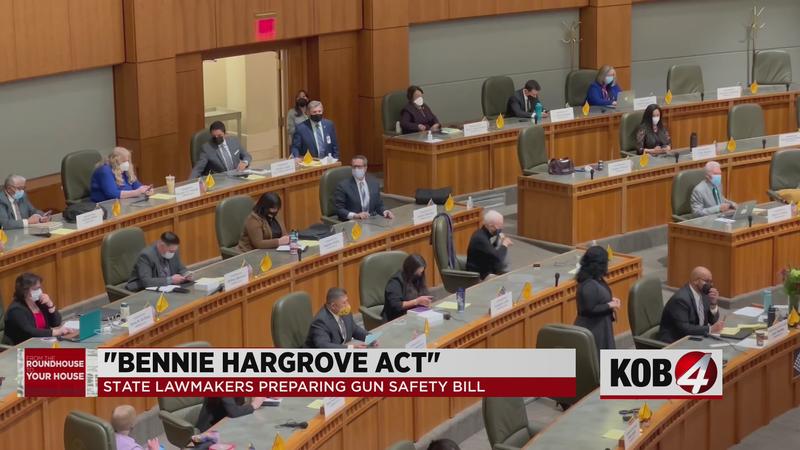