The Fire Rescue crews are ready to tackle the calls for illegal fireworks and any fires.

"We do have our normal 12 stations that are stationed throughout the county ready to respond at any time. The crews have prepared themselves for a quick response. We also have some brush trucks that will be roaming the county, so they can be out there quickly to get on the, on the scene," said Clark.

Clark said this year he expects the calls to go up. 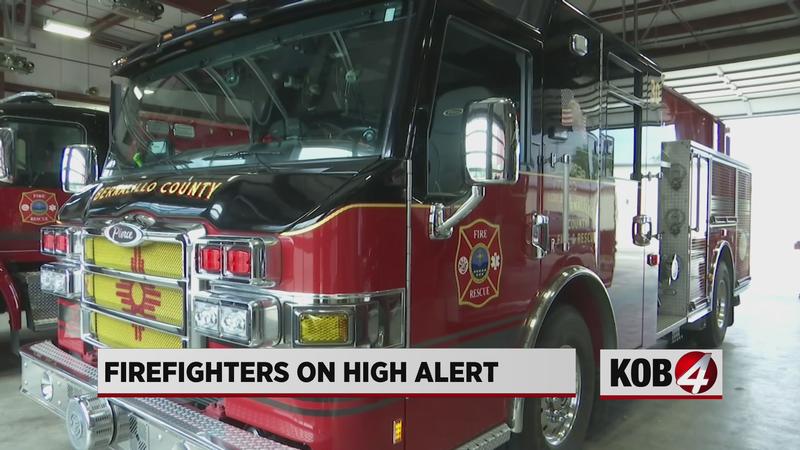 "It happens every year, it starts a few days early. This weekend, we expect it a little worse than normal just because the 4th falls on a Sunday and people are off on a Monday as well," he said.

The fire department has also given out warning on setting off illegal fireworks.

"If the fire marshal’s words aren’t a good enough warning for you, how about a $1,000 fine? That’s the maximum you could get slapped with if you’re caught buying, using or owning illegal fireworks," said Clark.

"We put out some social media posts about the proper way to use fireworks and firework safety and using only legal fireworks,” he said. "Every one of our firemen wants to go back home to their family, go home safely. And when you’re battling a fire, there’s always danger involved."

The Deputy Fire Marshal said they will hand out citations if the same offender gets a second complaint, and people could get a fine of $500 or 90 days in jail.