County commissioners said they plan on having Williams Stapleton’s seat filled by the end of August. She resigned from her seat with House District 19 on July 30.

"I’ve been receiving emails and calls already asking for meetings where people want to talk and express that they want to run themselves," said Adriann Barboa, a Bernalillo County commissioner. House District 19 falls in her county district.

"I just want to make sure this district feels fully represented in the richness that includes how there is a large immigrant and refugee population," Barboa said.

Those who are interested in applying need to be at least 21 years old and live inside the District 19 boundaries. 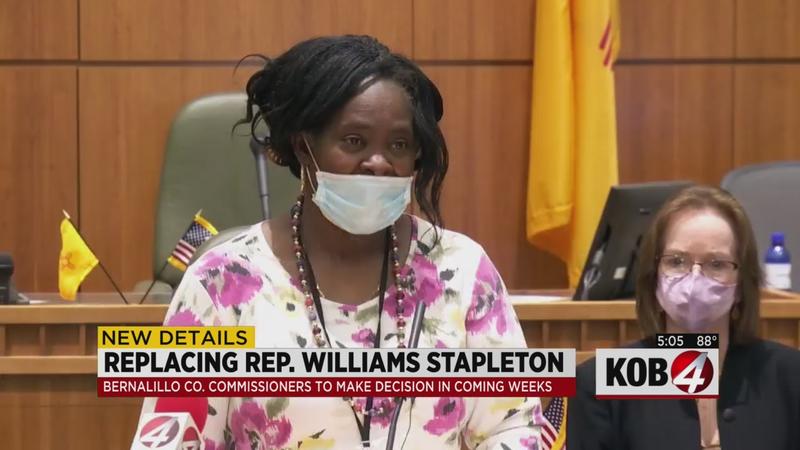 Bernalillo County Commission Chair Charlene Pyskoty with District 5 said this process is not new to them. In fact, they just had a special meeting like this in June to fill the seat left behind by Melanie Stansbury with House District 28.

"The last meeting lasted two hours and we had each candidate talk a little bit about themselves, why they felt they were best for the job," Pyskoty said. "We had public comment."

The candidate must receive at least three votes from commissioners to win the seat.

"I don’t think there is an alternative process," Pyskoty said. "We just have to hang in there and trust that there will be sombody appointed on Aug. 24."

The deadline to apply for the seat is Aug. 13.

“While we cannot comment on the specifics of an ongoing investigation, I can assure New Mexicans that because this matter involves schools and public funds, we will be swift and diligent in concluding this investigation.”