New Mexico’s first congressional district seat was previously held by Deb Haaland, who is now the U.S. Secretary of Interior.

Two contenders have already stepped up to fill the empty seat and finish the remainder of Stansbury’s two-year term.

“What I want to be involved in, is helping to create jobs, jobs and more jobs,” said Pamelya Herndon, a District 28 candidate.

Herndon is a longtime New Mexico resident with experience ranging from non-profit to government jobs. 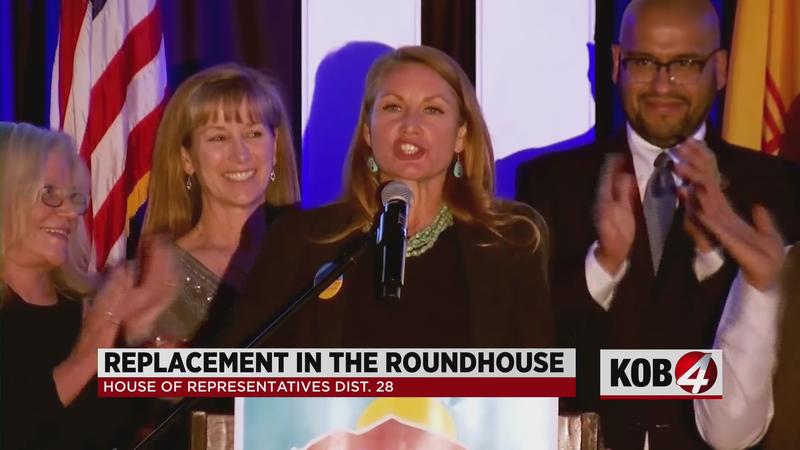 “All you have to do is look at my background. So no matter what comes up before the legislature, I’m well-equipped, well-educated and well qualified to address those issues,” said Herndon.

“There’s no nurse practitioners in the Roundhouse, and we need more veterans, and women veterans who, you know, have served their country and have a unique experience,” said Peacock.

The empty House District 28 seat will be up to the Bernalillo County Commission to fill during a special meeting next week.

Stansbury is expected to get right to work, already casting her first votes in the House Monday.