ALBUQUERQUE, N.M. – The cyberattack that hit Bernalillo County earlier this month continues to create a wave of problems.

Some badly-needed correctional officers are walking away from the job as payroll problems are hitting some employees in the pocketbook.

"You got bills, that are due and owed and financial institutions don’t understand you can’t afford to pay, you know."

A correctional officer at the Metropolitan Detention Center says the cyberattack on Bernalillo County is making an already difficult situation at the jail nearly impossible for some.

"You got a couple officers running multiple units and they’re just overworked and of course they’re not getting paid either. It’s creating a big damper on the situation."

KOB 4 agreed to conceal the officer’s identity because they are afraid of retaliation. They said their paychecks have been locked at the same amount they were for their paycheck in mid-December. That means the dollar amount on their check right before the ransomware attack has been the same for the last three paychecks – regardless of the amount of overtime worked.

"A lot officers work a lot of overtime to get that, to make that money to live and you know live comfortably. Sometimes, people are just relying on that money."

Some at MDC are just calling it quits.

The correctional officer says some employees are getting overpaid, but many are stuck getting dramatically underpaid. A spokesperson for Bernalillo County says it’s not just MDC – their payroll problems are countywide and in part because they have had to shift to using paper instead of their electronic systems.

Those who have been overpaid will be expected to pay back the county.

As for that ransomware attack in Bernalillo County, Tuesday night, commissioners approved $2 million in recovery funding. The board also approved an emergency resolution, calling for a few options to ease the staffing shortage at MDC. 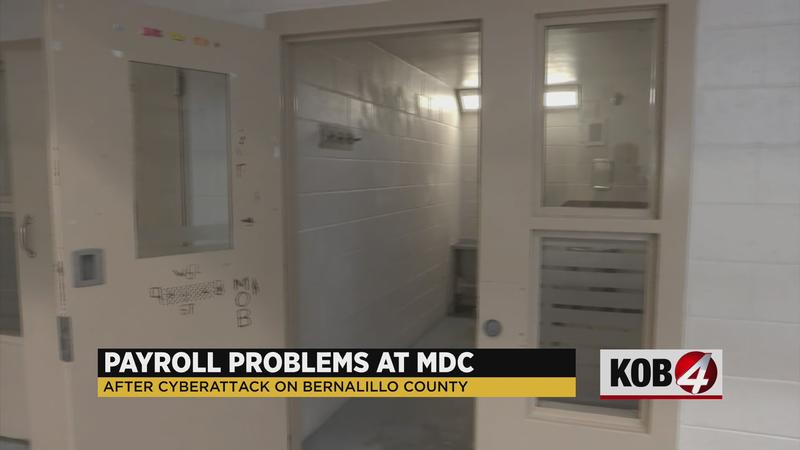