SANTA FE, N.M. – The 2022 legislative session is over. Lawmakers wrapped up at noon, and Bernalillo County’s district attorney is weighing in on the job lawmakers did when it comes to the crime crisis.

Torrez – who supported the tough-on-crime bills that lawmakers either killed or watered down – said he has concerns about the last-minute crime package lawmakers did pass.

"This bill was put together at the last minute without a lot of direct impact or communication with not only front line prosecutors but police officers, advocates, domestic violence groups and others," said Torrez.

Torrez said lawmakers missed an opportunity to close the so-called revolving door – by not passing the rebuttable presumption bill. It would have required the most violent suspects to prove they’d be safe if released before trial.

"I am pretty disappointed that the Legislature has missed an opportunity to close that revolving door, and I think without doing that, I don’t see any aspect of this bill having a significant impact on the acute public safety challenges that we’re facing right now," he said.

The district attorney said he believes more violent suspects released on pretrial detention will continue to commit crimes until a rebuttable presumption bill is passed.

"I know the legislators are going to go home, some of them may believe that this package does enough, I don’t think it does. But we are just confronted with another year, I think, with having that revolving door stay open for people accused of murder and sexual assault and child abuse and gun crimes, and we know from past experience that we will have individuals, who we move to detain who are let who then go on to commit serious crimes," said Torrez.

Torrez said he and other district attorneys will be sending a letter to Gov. Michelle Lujan Grisham, asking her to use her line-item veto power on the crime package bill that did pass – to remove sections they feel are problematic. 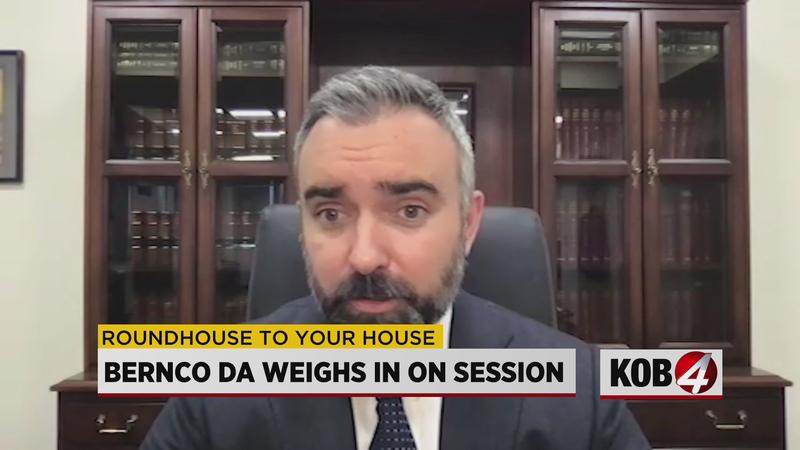