ALBUQUERQUE, N.M. – Bernalillo County @ Alvarado Square is officially back open for business. Its new headquarters have been closed since Oct. 12, after vandals reportedly shot out 10 windows above the customer service counter.

Officials say, even though employees are back in the building, there is still a lot of work to be done.

"The damage to the building, it’s very obvious when you look around, and it’s probably going to be another three or four months before new windows can be installed because it takes a while now to get things in,” said Communications Director Tia Bland.

The customer service area saw the most damage. Employees are set up in another area for now, but tell us they do not know when they will be able to move back.


"That’s going to be up to our risk management department and working with the insurance agency, but we’re prepared to work and serve people,” said Director of Constituent Services Carl Broach. “That’s what we do.”

Employees say they are happy to be back in the building, helping people in person.

"We are seeing quite a few people coming in, and we’re glad to be back, and the mood is pretty great,” Broach said.

Several couples KOB 4 spoke with, said they are happy the building is back open as well.

"We’re getting married in November, so we got our marriage license today,” Arielle Keller said. "It was really easy."

Another woman we spoke with said she tried filing her marriage license last week, but was told she had to wait. "The day that I was supposed to get filed, they told me the building got shot, so I was upset,” Stephanie Gonzales said. "I was worried that I wasn’t going to be able to get married to my man.”

A worry Mrs. Gonzales no longer has. 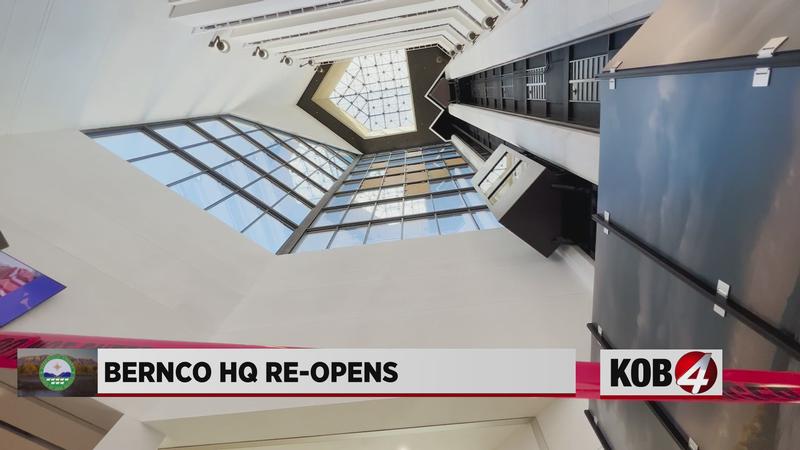