ALBUQUERQUE, N.M. — Bernalillo County headquarters at Alvarado Square is back open after several glass windows were shot out more than a week ago. Prosecutors said it caused $45,000 in damages, so they asked a judge Friday to keep one of the vandalism suspects, 20-year-old Noah Tapia, behind bars.

However, Tapia’s attorney said he turned himself in and has a history of compliance – which worked in his favor.

"I think that shows his character and his ability to comply with future conditions that this court is going to require, that’s responsible behavior," his defense said.

The judge denied the state’s motion to keep Tapia locked up. Tapia will be released, with conditions, including a 7 p.m. curfew with zero tolerance. He will also be placed on GPS monitoring.

The judge also went one step further and said she will not be releasing Tapia Friday, but will wait until Monday – that is when he will have access to those pretrial services. 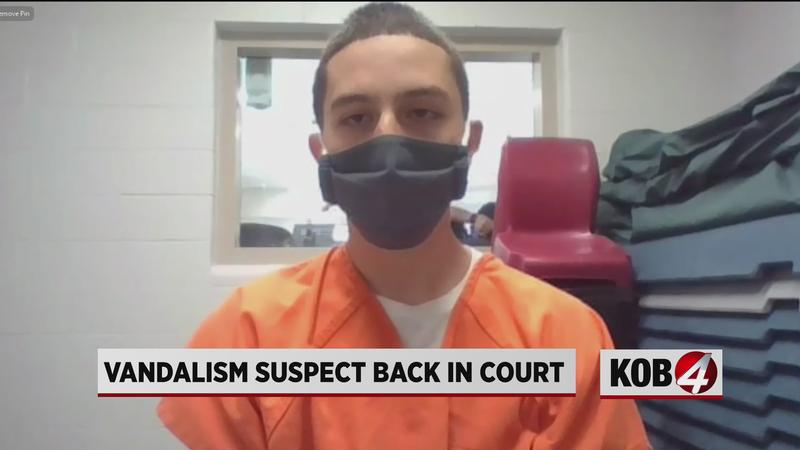