"Today, I’m announcing our next deployment of six additional federal medical teams, a total of more than 120 military medical personnel, to six hard-hit states," he said.

New Mexico is one of those six states.

"The president’s effort here is in response to a call from governors and a call even yesterday from democratic governors that we need more resources and personnel," said Gov. Michelle Lujan Grisham.

Lujan Grisham says our state is getting 25 of those military medical personnel. They’re headed to assist staff at UNM Hospital in Albuquerque.

"It will absolutely help,” said Lujan Grisham. “Those resources from the federal government are directed to the University of New Mexico primarily. They have the most number of personnel, beds, and with the level one trauma, you’ve got to stabilize the personnel resources there.”

In a statement, the hospital said:

"University of New Mexico Hospital looks forward to continuing to work with our partners at the state and federal level as we continue to provide care during this pandemic. We continue to ask New Mexicans to help us by getting vaccinated, boosted when eligible, having your eligible children vaccinated and following COVID safe practices.”

Meanwhile, Lujan Grisham says even more federal help could be on the way to New Mexico.

"Frankly, to really shore folks up we need probably 100 but 25 is a pretty productive step in the right direction and we’re also asking for additional federal resources," she said.

The military medical team is expected to arrive in Albuquerque within the next week and they’ll be at UNM Hospital for 30 days. 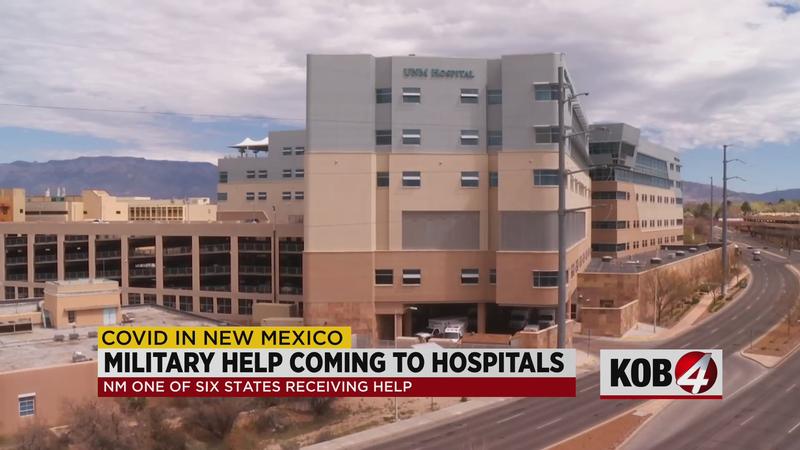