ALBUQUERQUE, N.M. — April is Child Abuse Prevention Month. The Guardians of the Children Rio Grande Chapter, a local group of bikers, have been combatting child abuse since 2013 by educating the public and being advocates for victims.

“It’s not just Victoria. It’s not just Omaree. It’s so many children around the country, around the world, around New Mexico, all the time. And we need to do something about it. We can’t let it get to that point,” said Don “Moose” Moore, the president of the chapter.

The group does more than watch over victims.

“We have what we call ‘little guardians,’ and we take care of them through the court process. We go to court with them. We help them realize that they can overcome being a victim of that crime. They can better themselves,” he said.

Since February of last year, data from New Mexico’s Children, Youth and Families Department shows more than 2,000 calls of suspected child abuse and neglect were made for each month up until February of this year. More than half of the calls for every month were confirmed to be child abuse cases. 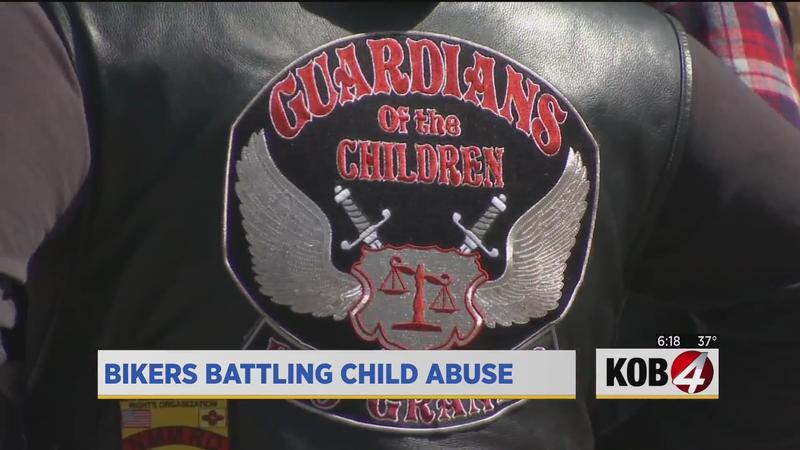 The guardians are worried the numbers only scratch the surface because of the pandemic.

“There’s a lot of children that live with their abuser," Moore said. "School, church and things like that have been their outlet in the past."

But now children might not have the opportunity to seek help, so it’s even more important for people to pay closer attention.

“If you see a child and that child is showing fear for the person they’re with, or has unexplained injuries, or just if you flat out have a gut feeling that says something is off or something is wrong — please do something about it,” he said.

Because if nothing is done, it could be too late to help later.

The local chapter will be hosting a drive-thru “Family Fun-Day” on May 8 from 10 a.m. to 2 p.m. at the Legacy Church on Central and Unser.

They will give away food, toys and bikes to children while bringing awareness to child abuse prevention.