SANTA FE, N.M. – There are also efforts at the Roundhouse aimed at preventing predatory loans. A bill cleared its first hurdle Sunday.

A new limit could be set for the interest rate companies can charge for small loans, that’s if House Bill 132 becomes law.

The bill would slash the annual interest rate for small loans from 175% to 36% and it will also limit the loan term to one year, for loans under $10,000.

"This is really a financial epidemic," said Herrera.

This is now the third time Herrera has tried to get this bill passed. The last two times it died in committee.

"So I’m back here again. Sometimes I feel like – I think it was Sisyphus – that Greek mythology character who is condemned forever to push a rock up a hill, only to have it roll down again. But third time might be the charm," Herrera said.

The bill passed its first committee in the house Saturday by a vote of 3 to 2 along party lines. It now heads to the House Judiciary Committee next.

Herrera says 15 other states have already capped their small loan interest rates at 36%.

"It’s not that we want to close down loans for everybody. We don’t, we know people desperately need these loans we. We get that. We just want to lower the interest rate to 36% like other states and other leadership have done.”

Track HB 132 during the legislative session. 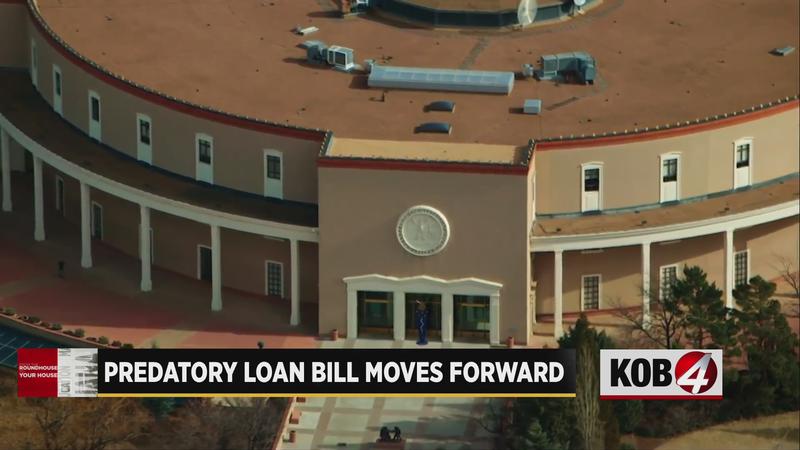