ALBUQUERQUE, N.M. — A bill with the most sweeping changes in the last four decades to how alcohol is bought and sold in New Mexico passed the state legislature Wednesday.

If signed by the governor, it would allow for alcohol delivery and make certain liquor licenses far cheaper, among other changes to regulation.

However, not everyone is happy.

Nearly everybody agrees that the liquor license system in New Mexico is odd—and expensive. House Bill 255, which passed Tuesday after a series of amendments, will make it simpler and cheaper.

It’s aimed at helping the economy. 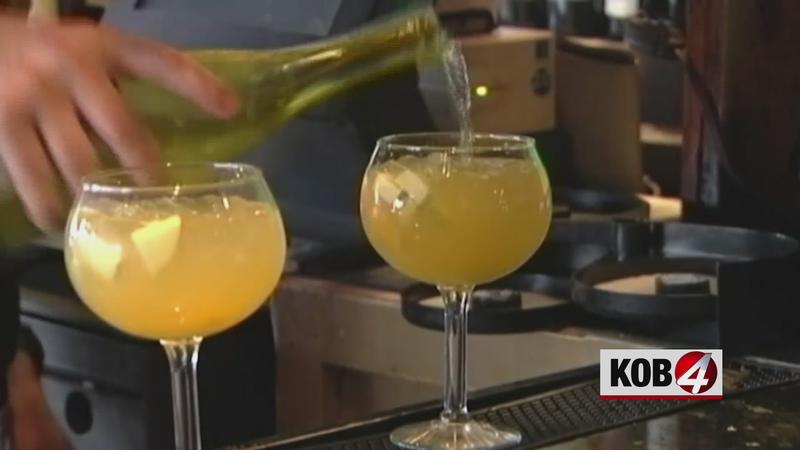 The licensing changes for bars and restaurants that want to serve drinks are expected to be a big boost as the pandemic winds down, plus there’s hope that it will encourage more businesses to start up.

Even the bill’s critics are in favor of that.

However, he and hundreds of other restaurant and bar owners potentially face very concerning consequences with this legislation.

“It’s unfortunate,” DiGregory said. “The problem is that the bill as written didn’t take care of those of us who own licenses.”

Because licenses will now be cheaper, the expensive ones he has could very well go down in value — since they can be bought and sold privately. It’s unclear by exactly how much, but any drop could hit him hard because he and many others use the licenses as collateral on their loans.

“I have five licenses worth over $300,000 each that are basically worthless,” DiGregory said.

They wanted the state to pick up the tab.

The idea many restaurants proposed was to have a separate, third-party legal entity take in new license revenue and pay it back out to these owners. But that’s not happening, for legal reasons.

“It was a great idea. It was a great concept, and that’s probably what we should have done in a perfect world. We’re restricted by law from doing what you just described,” said Rep. Mo Maestas (D- District 16), a co-sponsor of the bill.

On the plus side, there are two benefits for these owners. License fees are waived for five years, and there are tax credits where they can get back some of what they may lose.

However, many owners of the current licenses say that won’t be enough.