ALBUQUERQUE, N.M.- A bill aimed at keeping students and teachers safe in the classroom is moving forward in the Roundhouse.

It cleared another hurdle in Santa Fe Wednesday, passing its first Senate committee by a five to one vote.

"There’s additional dollars proposed to be coming into the state of New Mexico in order to be able to get schools districts, school buildings up and running and HVAC systems in the position that they need to be for schools," said Rep. Sheryl Williams Stapleton, a sponsor of the bill. 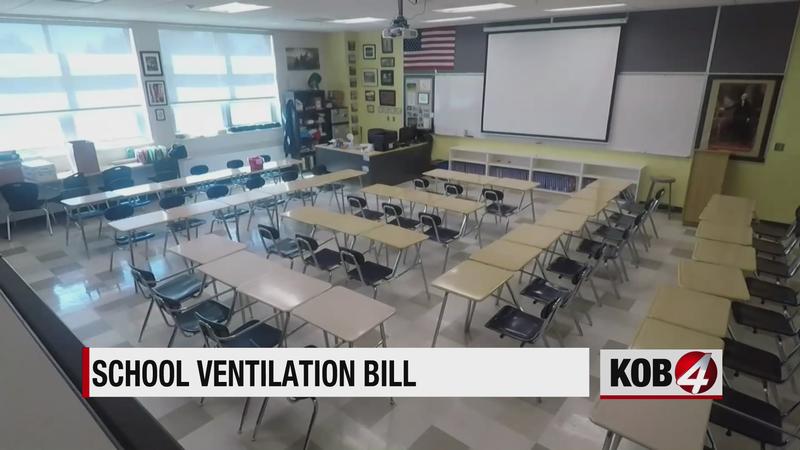 "I don’t think there were any strings attached to that that said you had to change out the HVAC systems to do that," he said. "So I guess I’m trying to figure out why we’re doing this, not that I’m saying we don’t have some HVAC systems throughout our state that need some upgrades, but it’s not conditional on opening the schools up is it?"

The bill now heads to its second and final Senate committee.

If it also passes that committee, it will go to the Senate floor for a vote.