Senate Bill 1 cleared the Senate Education Committee Wednesday morning by a unanimous vote. This comes after teachers held a rally outside the Roundhouse on Sunday demanding better working conditions from state lawmakers.

The bill would raise minimum teacher salaries by $10,000 depending on a teacher’s level:

“It adds respect. Teachers have been underpaid forever. If you look at any other professional salary it’s just it’s outrageous. We like to get things on the cheap in this country. The other high-performing countries make teachers be their nation builders. That’s what they call them in Singapore. And they train them better and they pay them better,” said Sen. Mimi Stewart, the bill’s sponsor.

Gov. Michelle Lujan Grisham has also asked lawmakers to give teachers and school staff a 7% pay raise. That would be in addition to this bill raising the base salaries.

SB 1 now heads to its last committee in the senate – the finance committee.

Track SB 1 during the legislative session. 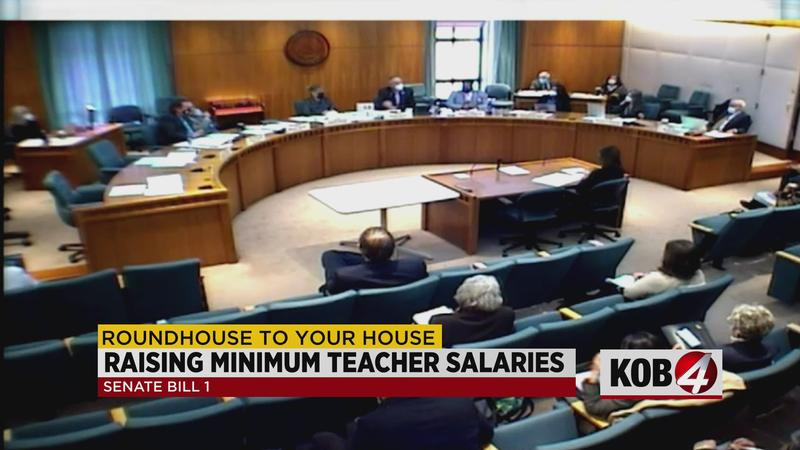