ALBUQUERQUE, N.M. — Efforts to repeal an outdated state law that criminalizes abortion are moving forward in the Roundhouse after a party-line vote Wednesday.

Senate Bill 10 seeks to nullify a law written back in 1969 that makes it a fourth degree felony for anyone to perform an abortion. The law is currently unenforceable due to the U.S. Supreme Court’s Roe v. Wade ruling. However, some lawmakers are concerned that the law will be restored if the conservative U.S. Supreme Court overturns the decision.

If passed, the bill would not only formally legalize abortion in New Mexico, but also remove language that allows a medical professional to opt out of performing one if they don’t feel comfortable, or if their religious beliefs prohibit it.

Without the conscience clause, some medical professional worry they may be forced to do something they don’t want to do.

“Ninety percent of labor and delivery nurses, and most of the sonographers and surgical personnel have told me they will leave our hospital and New Mexico if they are forced to perform abortions,” said Dr. William Moore, an OBGYN from Clovis.

A bill with similar language is making its way through the House. Eventually, the two bills are expected to merge into one.

SB 10 will head to the Senate floor next. 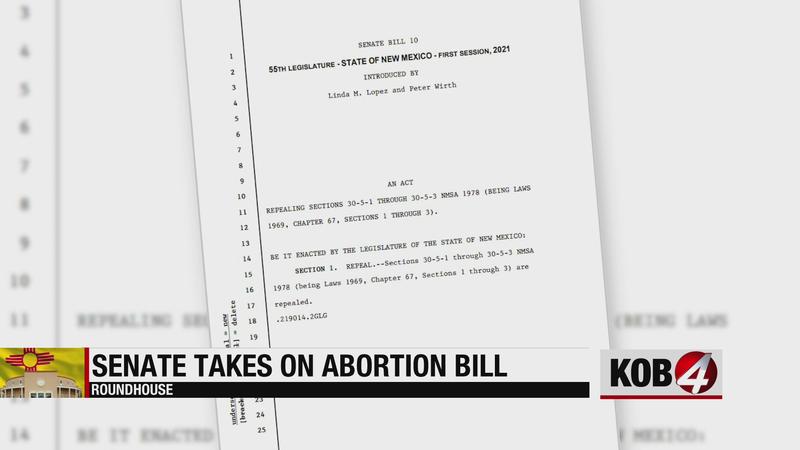