ALBUQUERQUE, N.M. — Gov. Michelle Lujan Grisham has said repeatedly that New Mexico will open up even more once 60 percent of the state is fully vaccinated. Her target for that goal is set for the end of June.

Hubert Allen Jr., a biostatistician who lives in Albuquerque, said the state is on track to meet that goal according to the current trends.

"In the last two weeks, which is a slow time, we did vaccinate 3.6 percent of our population,” he said. “If we keep that up, in two weeks we’ll be at 59.4% if nothing different is done."

Allen predicted that those who wanted to get their vaccine would’ve gotten it by the end of May. So who is going to get us over the threshold? Allen said we may have to look to teenagers.

"Those are the ones who could push us over easily in the next three weeks because they are not really a solidly resistant group, they simply hadn’t been able to get it early on,” Allen said. 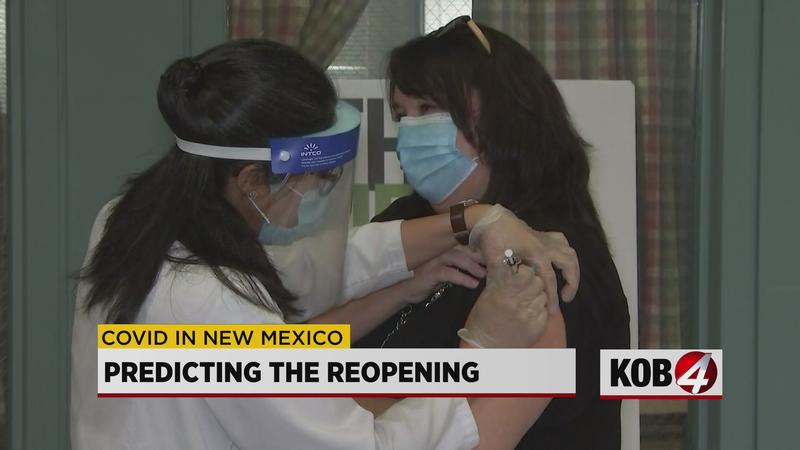 The spokesperson for the governor’s office said the state will still have to wait an additional two weeks after the 60 percent goal is met so vaccines can take full effect. That would still allow the state to meet its target by the end of June or first week of July.