“In 2019 there was a little bit of money, like $50,000, that went to one of the state agencies to work with senior centers in only three counties. That was San Juan, Socorro, and Sandoval counties,” said Sen. Liz Stefanics (D-District 39).

A pilot version of the program aimed to get fresh produce to older adults with the help of 15 senior centers across three counties that purchased food from local farmers.

“We literally did the pilot program in the middle of the winter and in the middle of COVID, and the senior centers, the three pilot counties were incredible,” said Pam Roy, executive director of the nonprofit Farm to Table. 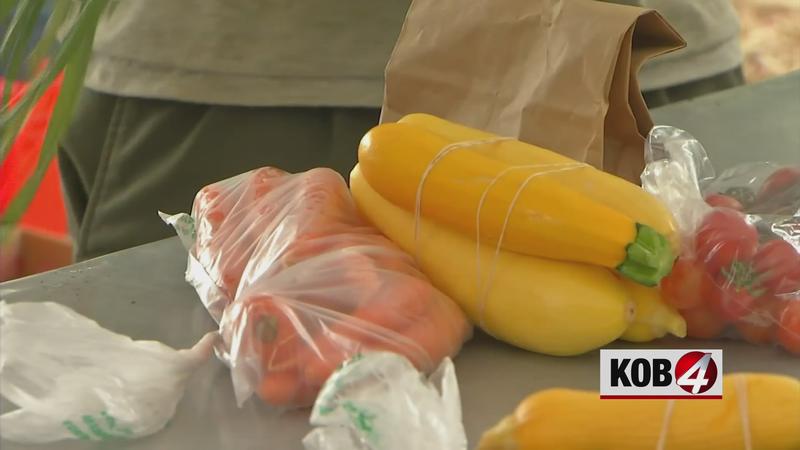 “Only 10% of the funds that are appropriated can go to the administration of the program, and the rest of the money is secured for fruits and vegetables, and for our farmers,” said Sen. Stefanics.

The pandemic has only continued to widen the gap in food insecurity. According to state data, there has been a 127% increase in senior participation in meal programs.

“These senior service providers have been out there since March doing those grab-and-go meals and the home delivered meals, and they really could use that supported additional funding to feed their seniors,” said Denise King, with the State Aging and Long-Term Services Department.

New Mexico is expected to see an even greater need in services. The state is ranked third for the fastest growing aging population in the country.

“Getting the healthy nutrition into their meals at the senior center is supporting the combat to the chronic health conditions that our senior population faces,” King said.

Additionally, buying produce from local farmers means a boost to the state’s economy.

A similar program in schools included about $425,000 in funding, but local municipalities contributed more dollars.

The bill is currently awaiting action from the Senate Finance Committee.

“Everybody in the entire state wants to see the economy grow again. We want to put money into the pockets of the people of our state who’ve lost it, so this is really twofold,” added. Sen. Stafanics.