Bishops to discuss Catholic politicians and eligibility for Holy Communion

ALBUQUERQUE, N.M. – Earlier this year, a New Mexico state senator was told he could not take Communion at his home church because he supported a bill they considered to be “pro-abortion.”

This week, Roman Catholic bishops from across the nation will meet to discuss whether or not they can deny politicians Communion based on their voting record.

"I was denied communion last night by the Catholic bishop here in Las Cruces based on my political office. My new parish priest has indicated he will do the same after the last was run off. Please pray for church authorities as Catholicism transitions under Pope Francis,"

Cervantes’ experience follows a national trend of politicians being turned away, mostly because of their positions on abortion. Even President Joe Biden has been refused communion at some churches.

Cervantes told KOB 4 last summer he was forced to make a tough decision by officials in his home church.

“This last session the local bishop was new and he asked that a certain piece of legislation be killed in legislative committee and if that didn’t happen I would be cleared from receiving communion,” Cervantes said.

Back in July, KOB 4 asked the Las Cruses Diocese what that legislation included? A spokesperson told us:

“This is a vote for Senate Bill 10, so what we would consider pro-abortion legislation, and abortion is something that goes against the Catholic teaching of the church,” said Christopher Velasquez, the communications director of the Diocese of Las Cruces.

Cervantes said he has since been invited by other Catholic churches across New Mexico and in El Paso to come and take communion there. But it was Biden’s conversation with Pope Francis that gave Cervantes the courage to go to church at home.

“That exchange between Biden and the Pope, I felt comfortable presenting myself for communion and took that as a sign that I should do so,” Cervantes said.

But the conversation surrounding Catholic politicians taking communion is not over. The United States Conference of Catholic Bishops is meeting in Baltimore this week. One topic they plan on discussing is defining holy communion and who can take it.

“I’m hoping the bishops return to the teachings of Christ and the welcoming ways that Jesus brought the disciples together for communion as an example and in a welcoming way,” Cervantes said.

The USCCB will be meeting from Monday, Nov. 15 through Thursday, Nov. 18. 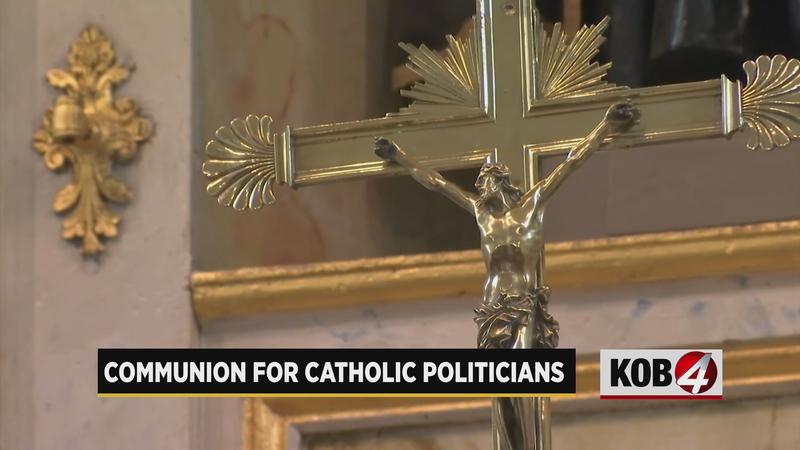