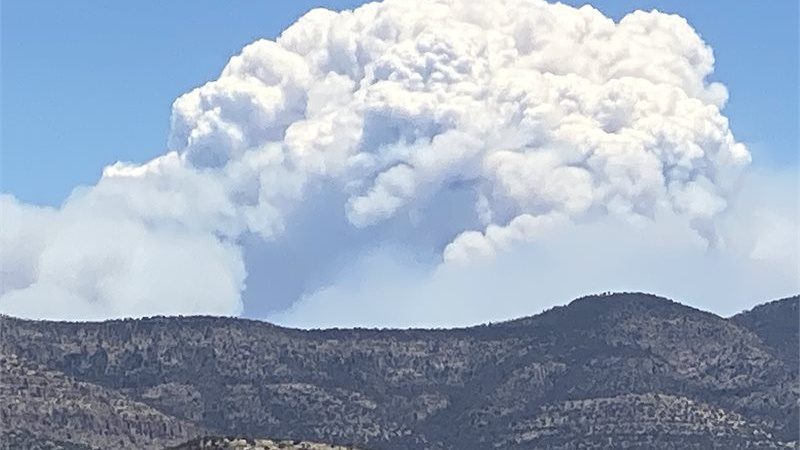 In their final major update, the Black Fire is burning in the Gila National Forest – 21 miles west of Truth or Consequences – and stands at:

All evacuations have been lifted in Sierra, Grant and Catron counties where it was previously enacted. A local type 3 team will be taking over the fire.

The fire’s activity is diminishing due to higher humidity, lower temperatures, and wetting in some areas from recent rain. However, the rain threat has prompted an ongoing flood watch.

The flood watch means conditions are favorable for flash flooding caused by excessive rainfall but it does not guarantee that flooding will happen – only that residents in the area should watch for any possible warnings.

At this time, the Black Fire is the second-largest wildfire in New Mexico history and, as of June 9, eclipsed the 2012 Whitewater-Baldy complex fire, which burned 297,845 acres in the Gila National Forest and was the largest in state history prior to 2022.

Southwest Area Incident Management Team 4 was in command of the fire before the local Type 3 team took over.