SANTA FE, N.M. —The New Mexico Supreme Court chief justice and director of the Administrative Office of the Courts outlined the key parts of its budget during Tuesday’s meeting at the Roundhouse with the Courts, Corrections, and Justice Committee.

Their main priorities include judicial pay and funding for pretrial services.

About $900,000 would go toward expanding 24/7 monitoring of suspects on GPS ankle monitors in our state.

"It does seem logically like if it’s serious enough that we want to monitor these people, it does make sense we’d want to get those who violate much more quickly than we have in the past,” said Arthur Pepin, the director of the Administrative Office of the Courts.

The AOC started monitoring suspects in Bernalillo County 24/7 about three weeks ago. The department hired six new staff members to make it happen.

"With people who this is what they do, they’re dedicated to it, they’re trained, and they will get experience on how to do it,” said Pepin. “And we want to become efficient enough that when there’s a serious violation, and they talk to the on duty judge and a warrant’s issued in that jurisdiction, we’ll get really quick at reporting that to law enforcement."

Come January, when the legislative session begins, the AOC hopes to get enough funding to put the 24/7 monitoring in place across New Mexico.

"If you think it’s an improvement in public safety so we’ll tell you how many violations there were, how many warrants were issued and they can decide,” said Pepin. “They’re the people that have to appropriate the money if they think it makes people safer and it’s worth the investment, I have to hire people to do it. That’s what the cost is."

Judicial pay is the other main priority for leaders. They will ask for millions more in funding for pay increases for judges and judicial employees, as well as the judicial retirement plan.

You can watch the entire hearing here. 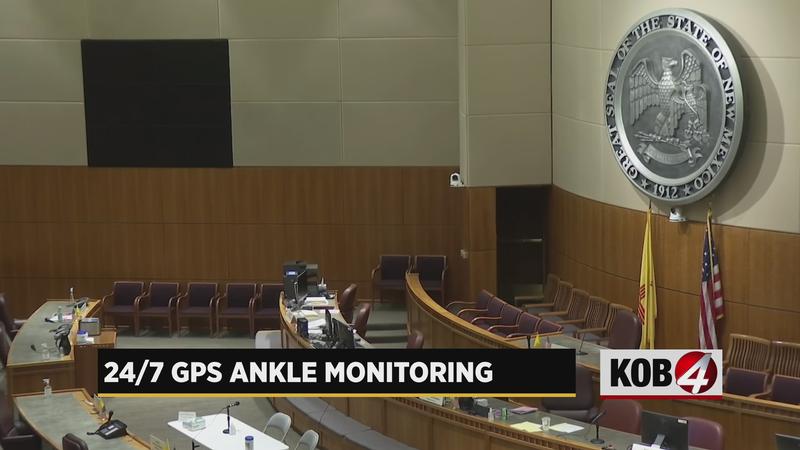