ALBUQUERQUE, N.M. — Albuquerque police are searching for a man accused of breaking into multiple schools and churches around the city.

Detectives have filed an arrest warrant for 43-year-old Jody Beal. Court records show Beal is homeless and has a long criminal history of property crimes and drug charges.

He’s now accused of breaking into multiple churches and schools around Albuquerque this month and leaving behind strange messages.

Beal is accused of breaking into the church three times earlier this month and causing property damage. According to a criminal complaint, after one of the break-ins detectives found a bible in the church with notes scrawled in it that said, "the lord told me I would find the paddle here," and, "please spank my bare butt…" 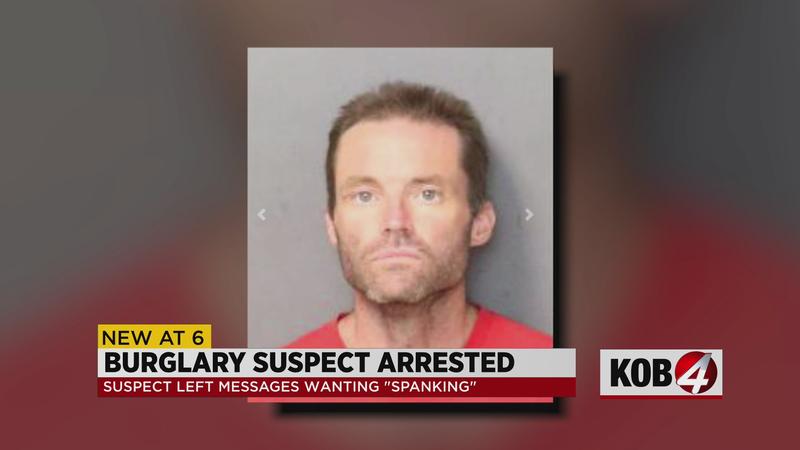 KOB 4 asked Longoria for his response to the allegations against Beal.

"One thing that has become abundantly clear is that there is an overwhelming need for resources, for help for the homeless population. There’s just a significant number of people that are struggling either with addiction issues or mental health issues," said Longoria.

Beal is also accused of breaking into Lew Wallace Elementary twice earlier this month, one of the times stealing 5 iPads from a classroom and writing similar messages to the one in the church.

Another time Beal told officers who responded, "…he was at the school to get a spanking," and, "…he was there to be punished for his bad behaviors," according to court documents.

That time officers took him to the hospital for a mental evaluation.

Longoria hopes Beal gets the help he needs.

“While we have a need to secure our facilities, whether you’re taking about schools for our students or our houses of worship, this gentleman breaking into numerous facilities, at the same time we have to have compassion and realize that these folks need help and so I’m hoping and I’m praying that somehow we’ll be able to find and utilize the appropriate resources to better serve the homeless in our community," Longoria said.