SANTA FE, N.M. – A burglary suspect in New Mexico was caught on camera breaking into a Santa Fe tow yard – but he left his paperwork behind showing his previous run-ins with the law.

KOB 4 learned a judge released the burglary suspect just one day before this incident for allegedly breaking into vehicles at a different Santa Fe tow yard.

Frustrated business owners can only hope there’s some accountability now.

"It’s frustrating because I have to stay up all night to check on my yard,” said Chris Aragon, owner of CJ’s Towing and Recovery.

Aragon’s described the early Saturday morning when an unwanted visitor who showed up.

"So I get alerts on my phone that there’s somebody in my yard and I look at my phone and I see my lights on in my shop. I am a mile away from the shop, so I come over here I see the guys in the act we tried to chase him to get him away from us” said Aragon.

Surveillance video showed the intruder wandering between vehicles in the tow yard, and at one point something fell out of his pocket.

The man didn’t seem to notice and walked off, but Aragon did. Turns out it was a copy of a New Mexico bench warrant – for Charles Valdez.

"Dumbest criminal alive who does that, who carries their paperwork to go break into another yard,” Aragon said.

KOB 4 learned Valdez was just released from jail a day before the break-in.

"The court systems not doing their job letting him out 5 to 6 hours later, and they’re just coming around and doing it right again,” said Aragon.

"I couldn’t believe it, they released him after all that,” said Chris Padilla, owner of Express Towing.

KOB 4 also spoke with several other owners of Santa Fe towing businesses and they all said the same thing, burglaries have become a major problem for them – some were hit dozens of times.

"It cost us money because we’ve got to replace whatever he takes from customers cars that we have stored here and insurance too. Insurance is coming after us for everything that’s missing,” said Padilla.

They hope something changes and repeat offenders are kept in jail —so they don’t have to deal with this anymore.

"Something needs to change for us on that, we’re getting pretty frustrated. The bad thing is somebody’s gonna get hurt. Who knows who it’s going to be,” Padilla said.

The judge who released Valdez is Santa Fe Magistrate Court Judge George Anaya. As for Valdez — he has a long criminal history beyond these tow yard break-ins.

Valdez is not in jail, but the owner of CJ’s Towing and Recovery did report Saturday night’s break-in to police. And considering that they have some good evidence on Valdez, it should only be a matter of time before he’s arrested again.

The big question is — will a judge will keep him in jail next time. 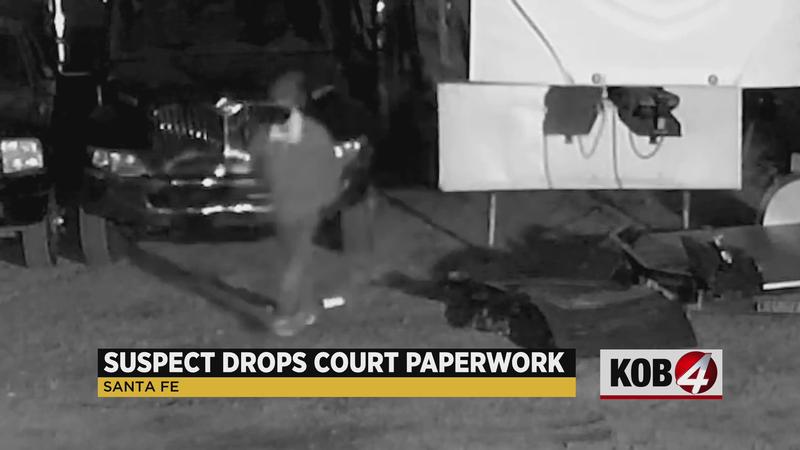