Business isn’t back to its usual flow and some customers are not happy about it.

"From going through a year of everybody being like we’re essential workers, and to a lot of us being treated like crap…that…that can’t happen," said Israel Rivera, chef and owner of Shop Breakfast & Lunch.

Rivera said some customers don’t get why they’re short-staffed and have to stick to take-out or delivery only.

"99.9% of customers: awesome, it’s just the .01% of people who are loud about it and make everyone else uncomfortable," he said. 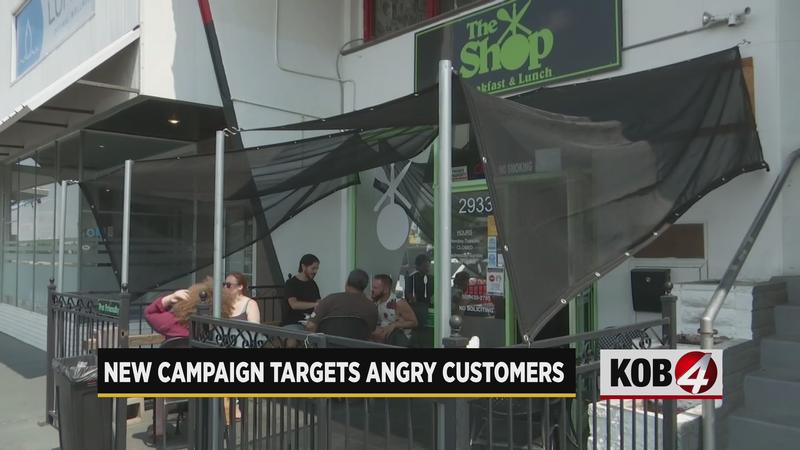 He said he feels lucky customers haven’t escalated things for him yet.

"Around Nob Hill, I’ve heard some horror stories of servers getting food thrown on them and bartenders getting drinks thrown at them,” he added.

That’s why the New Mexico Restaurant and Hospitality Associations along with the Jennifer Riordan Foundation are kick-starting the campaign: Be patient. Be kind. Be respectful.

"Every business, they’re ramping back up and customers are sometimes venting their frustrations directly at employees which adds a whole other level of stress for those employees," said, CEO for the New Mexico Hospitality, Kathy Komoll.

The hospitality industry is also seeing a boom in business now that travel is picking up, but luckily isn’t seeing a lot of pushbacks from visitors.

"I think most people are being pretty considerate. Of course, there’s always going to be those certain people that–as I like to say–you can never totally get under control,” said Nate Valdez, manager at Sheraton Albuquerque uptown.

Now that Virgin Galactic is expected to attract more tourists, workers are asking for patience.

"Just be friendly. You don’t know how far a little bit of friendliness can go," said Rivera.