ALBUQUERQUE, N.M. — In a 6-3 vote, the U.S. Supreme Court blocked the Biden administration from enforcing its sweeping vaccine-or-test requirements for large private companies.

Carla Sonntag with the New Mexico Business Coalition believes the decision will be a relief to businesses in the state.

"We are thrilled,” Sonntag said. “On behalf of employers, I think it will resolve a lot of issues."

She also says that if the decision went the other way she believes unemployment numbers in New Mexico would have increased.

"There is no one that is not taking this virus seriously or the shot but they need to be able to make that decision for what is right for them," Sonntag said. 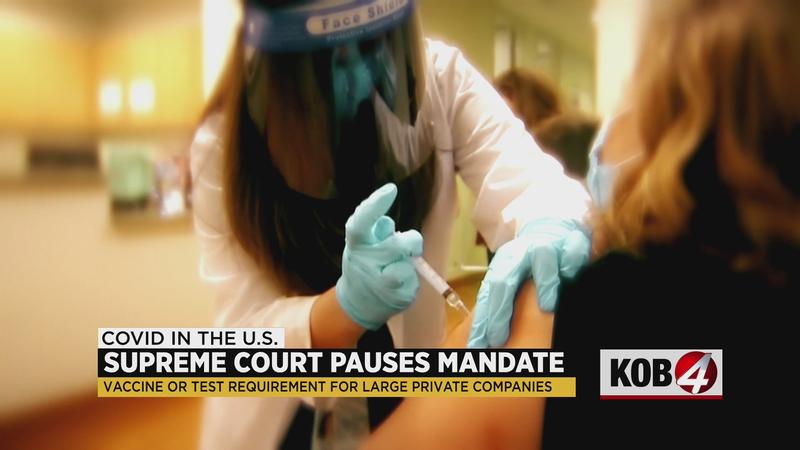 Johnny Johnson with the New Mexico Trucking Association believes that’s what would happen for his industry.

"You’re talking about knocking off 25 to 40 percent of your workforce off the road," he said.

However, he said the decision does not mean that states and cities cannot implement their own vaccine mandates like what we’ve seen in New Mexico.

"The other thing this decision does not stop is the states from trying to create similar programs,” Kastenberg said. “This is purely focused on the federal government."

Earlier this week, the City of Albuquerque announced its plan in accordance with the OSHA mandate. KOB 4 reached out to city officials today to see if it will keep the plan in place. We received a statement that reads in part:

"We are evaluating today’s Supreme Court opinion and will determine the best path forward for City policy in the coming week."