ALBUQUERQUE, N.M. — Gov. Michelle Lujan Grisham announced Friday that she plans to overhaul the Department of Workforce Solutions. This comes as the department has been target of heavy criticism throughout the pandemic due to its handling of unemployment claims.

The governor said she will focus on hiring more staff to answer phone calls, cracking down on fraudulent clams, bringing in an outside agency to review the department’s reforms, among other things.

For some New Mexico business owners like Karie Taylor, she said these changes didn’t come soon enough, and has been worried about potential unemployment fraud costing her money.

Taylor runs a property management company in Albuquerque. Back in fall 2020, she said she started to received strange letters from the Department of Workforce Solutions that claimed a former employee of hers lied about their employment. Last month, she received a letter that said she made a claim for herself.

"Well, no owner would make a claim for unemployment for their companies,” she said.

Taylor then learned of another claim from someone who lied about working for her. A letter showed that this person could receive as much as $5,000 in benefits over the course of a year.

Like so many other business owners, Taylor became frustrated, and tried to tell the DWS that the claims were not legitimate. She said she made so many calls and sent so many emails that she lost count.

"There were several occasions I sat on the call for two to three hours before I actually had to go and do my job. You can’t get through to anyone. I don’t know anyone that’s successful getting through to them on the phone,” she said. "I feel like I’m just at a dead end."

Fraud creates problems for business owners like Taylor because they could force them to pay more into the state unemployment insurance fund as result.

"This could be a significant amount of money to a very small business who can’t afford it, especially in a pandemic when we’re losing hundreds of thousands of dollars a month. I cannot afford it, and I need answers because I don’t know what to do,” she said.

Hours before Taylor’s interview with KOB 4, she said the department finally got back to her and told her it paused the claims and flagged them as fraud. She said she believes the only reason they spoke to her is because she told them that she’d be speaking with a KOB 4 reporter.

"But how would any other normal person be able to navigate that system if they can’t get through to a particular person,” she said. Her next goal is to make sure her business isn’t penalized. 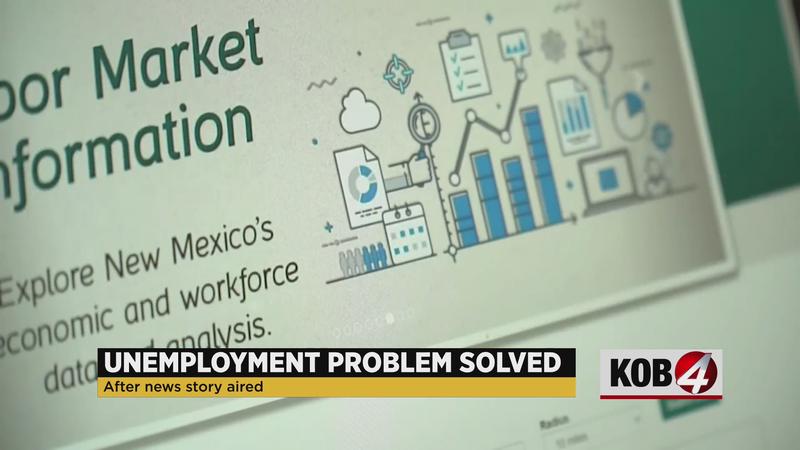