ALBUQUERQUE, N.M. – During a committee meeting Monday afternoon, a panel of state lawmakers heard how businesses across New Mexico are struggling with organized retail crime and professional shoplifting.

Patrick Block with the New Mexico Retail Association said organized retail crime is a growing concern for businesses across the state.

"I want to emphasize that organized retail crime is not someone stealing bread to feed their family or an isolated one-time occurrence. Instead, what we’re seeing is professional crime rings steal from retail organizations for the purpose of turning retail products into financial gain rather than for personal use,” said Block.

Lawmakers also got an update from an Albuquerque police commander, who said they’ve beefed up their organized retail crime unit, but police say the criminals are becoming more dangerous.

"We are seeing that more and more individuals who are perpetrating these crimes are armed or they’re threatening the asset protection entities, as they leave the store, as they’re contacted, as they exit all points of sale they’re pulling weapons to include handguns edged weapons knives tasers. They’re using mace, this is something that is seen fairly regularly throughout the city of Albuquerque in my experience,” said Block.

Two corporate managers for Home Depot also briefed the committee about how organized retail crime is endangering their employees and customers.

"So we ask the committee to consider closing loopholes that have allowed these criminal organizations to flourish and to facilitate better cooperation between law enforcement and our in-house investigators."

"It does not allow for aggregation from store to store from city to city, they’re all seen as one individual offense we would like to change that." 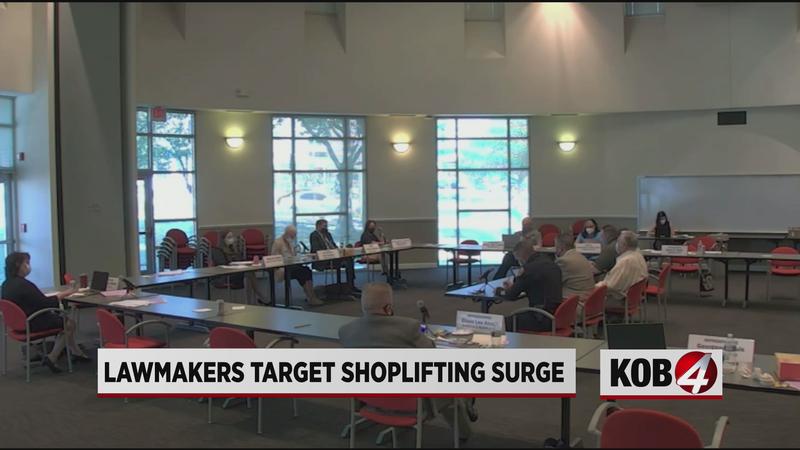