ALBUQUERQUE, N.M. – New details are emerging about the deal that will be made between the City of Albuquerque and New Mexico United owners to lease a new stadium. This is another step to clear a path for the facility, if it is approved by the public in November.

Officials presented a binding letter of intent Thursday, outlining the team’s investment and long-term commitment to this project. New Mexico United is committing $32.5 million, in addition to the $50 million bond the city would provide. That includes a $10 million capital investment that the team would make before the city even starts to build – and another $20 million to cover annual rental payments to the city for the next 25 years. That amounts to $800,000 a year.

"Additionally the team has agreed to a $100,000 a year minimum payment for concessions and revenues generated from the facility,” said Lawrence Rael, the chief operations officer for the City of Albuquerque.

New Mexico United Owner and CEO Peter Trevisani said these would be private contributions to the public facility, so taxpayers would be unaffected.

"That doesn’t happen very often,” he said. “All these other stadiums are oftentimes owned by the team, and not by the city."

If this new stadium gets a green light, New Mexico United also said it will bring a professional women’s soccer team to the state.

"Now we have it in writing that we’re committed to doing that within three years of having the facility built," Trevisani said.

New Mexico United said a new facility would seat 10,000 to 12,000 fans, and would also provide 780 jobs for New Mexicans. The city said contributions from the team and the state will help bridge any major gaps in funding for this project. The total price tag is expected to fall between $65 million and $70 million. Again, the public will decide if it gets built or not in November. 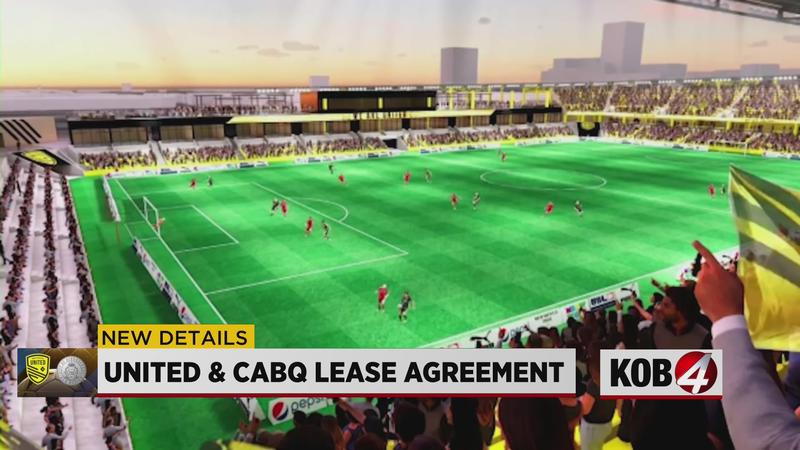