LAS VEGAS, N.M. — Firefighters are doing everything they can to control the Hermits Peak and Calf Canyon fires that merged in the mountains near Las Vegas.

Those fires have burned close to 64,000 acres. Firefighters have managed to contain the fires by 33%, but more fire weather in the forecast is prompting concern. Several evacuation orders remain in place.

Crews are focusing on making sure the strong winds over the next couple of days don’t push the fire beyond the containment lines. However, it happened Wednesday night on the north side of the fire, by Ledoux, which is less than five miles away from Mora.

"Thunderstorm outflow winds hit that and it grabbed the natural fire and threw it over the top of their lines, spotted into the sunburn on the other side of the line and spread and got about 20 acres spread there," said Stewart Turner, a fire behavior analyst.

Firefighters are expecting Thursday night to be the true test to see if the integrity of those fire lines will hold against strong winds. On top of that, the wind also poses a problem because no aircraft or helicopters will be able to attack the fire from above. Instead, those resources are being diverted to other fires where the winds are not as intense. 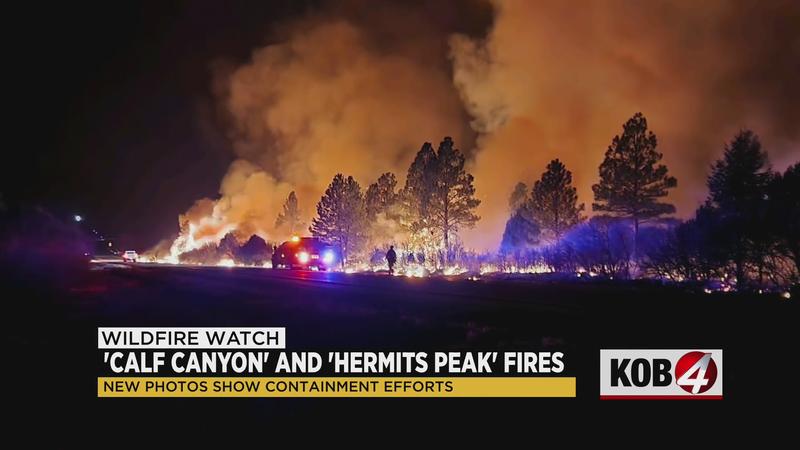 "I suspect we are going to see quite a bit of growth," Turner said.

Another tricky aspect for crews is the wind changing directions – what firefighters are seeing Thursday will be different by Friday.

Please remain vigilant and watch for updates to closures and evacuation statuses as conditions change.