Update (4 p.m. May 6) — New evacuations have been issued for the communities of Holman and Chacon in Mora County. Evacuees leaving Mora must utilize Highway 434 to Angel Fire, 442 to Wagon Mound or 518 North to Taos. These roads are open for evacuation only – no reentry is allowed. The nearest shelter is Peñasco High School. If you need help evacuating, call New Mexico State Police at (505) 827-9300.

LAS VEGAS, N.M. — Firefighters are throwing everything they have to fight the Calf Canyon and Hermits Peak fires. Their battle has lasted for nearly a month, and shows no signs of ending as the flames and smoke continue to threaten thousands of homes.

Winds were generally lighter Thursday, but are expected to ramp back up Friday and become widespread Saturday through the middle of the coming week.

At last check, more than 1,300 fire personnel are fighting the flames. More than 165,000 acres have burned and the combined fire is just 20% contained.

Fire officials said they have the next 48 hours to do as much as they can – continuing air attacks, working on containment lines, and protecting structures. Crews also are working on protecting neighborhoods and homes in the more rural evacuation zones around the fire. 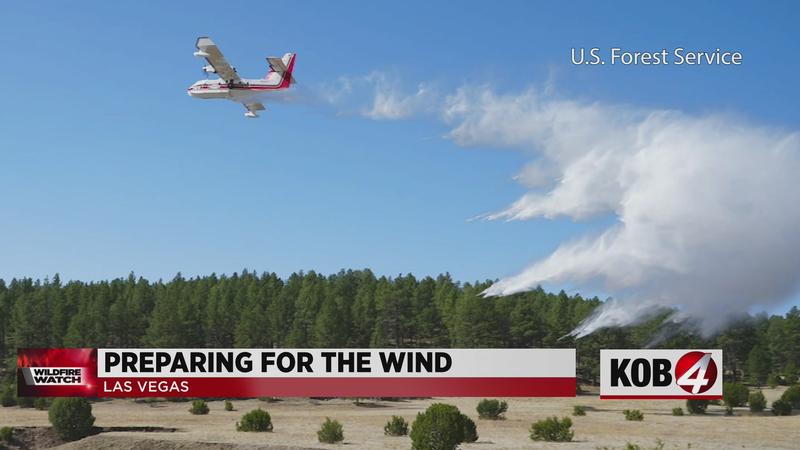 At the evacuation site in Las Vegas. @GovMLG helping hand out food to evacuees. pic.twitter.com/r7Bl4zwUhJ