Cancer survivor, teacher Pays it 4ward to Roswell family for helping her through treatment

ROSWELL, N.M. — A Roswell teacher and breast cancer survivor nominated the Ramirez family for this week’s Pay it 4ward award.

The Ramirez family owns a CrossFit gym in Roswell, and also helps local teachers who have been diagnosed with breast cancer. Jameie Wagner is one of those teachers.

Wagner was chosen by the Ramirez family as one of the first recipients of a donation in memory of Angie Ramirez, who was also a teacher and passed away from breast cancer.

"The Ramirez family during that time had also lost their mom to cancer and so they had decided to do something to honor her,” Wagner said.

That something meant a lot of Wagner, who is now in remission. She nominated the Ramirez family to repay their generosity.

"They are such a sweet family and we are just so excited to be able to return the favor to them,” Wagner said.

Wagner said she couldn’t think of a family more deserving of $400 worth of Pay it 4ward money.

"I’m just blessed, you know. Like I said, that God’s hands always on us and looking out for those who bless others. We took care of her, donated it to her in the past, and now she’s paying it forward to me, and we’re already getting ready to make another donation to a teacher that’s battling cancer,” said Ritchie Ramirez.

Ritchie said they hope to help many more teachers in the future. 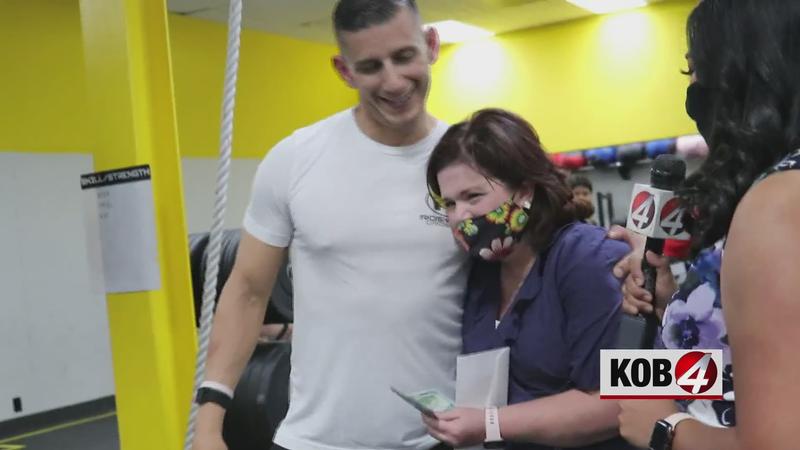