Candidates near the finish line in race for CD-1 seat

In the final hours before the polls close, Democratic candidate Melanie Stansbury said she’s feeling confident. No matter what the result is, she said she’s proud of the race she’s run.

“Every single vote counts,” Stansbury said. “We’re going to work all the way until the finish line when the polls close at seven, and we’re going to leave everything on the field, so we are working hard all day today, talking to voters making sure they know today is Election Day, and they show up to vote."

Stansbury will hold an election party at Hotel Albuquerque Tuesday evening to watch the results come in.

KOB 4 reached out to Libertarian candidate Chris Manning, but he was unavailable because he was working his regular day job of audit work in Bloomfield. 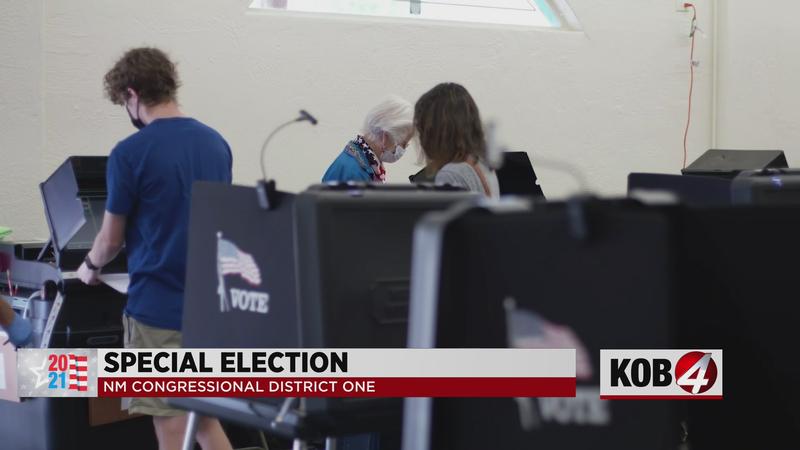 A spokesperson for Manning’s campaign said they’re feeling positive and are looking forward to the results. They also said they’re grateful for their campaign volunteers.

Independent candidate Aubrey Dunn spent this campaign cycle trying to convince voters that party candidates like Moores and Stansbury only serve their political parties and not constituents. On Tuesday, Dunn spent the day on his ranch in Torrance County.

“We’ve been targeted somewhat by the party people, but more than ever we are interested in being in the aisle instead of reaching across the aisle. And I think it has registered with a lot of people, and people I met this morning were just tired of all the dirty politics and people being for the party and not the person, not the people,” Dunn said.

Polls in District 1 are open till 7 p.m.