ALBUQUERQUE, N.M. – An Albuquerque flower shop owner was alerted early Sunday morning that her business getting broken into.

“It’s sickening,” says Lisa Velarde is the owner of Signature Sweets & Flowers. “The last three to four months have been really bad.”

Velarde has been in business for 16 years and says just within the past couple of years, her shop has been burglarized five different times.

In this latest break-in, the suspect stole printers, phones, work tools and even the shop’s delivery van. 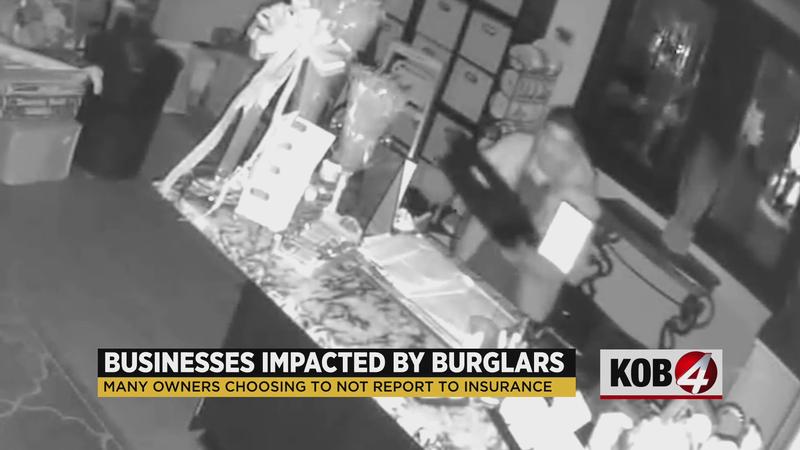 “It’s Valentine’s Day coming up and that’s when we really need it," Velarde said.

Velarde installed new security cameras and fixed all the damage from those break-ins with her own money which has added up over the years.

Velarde stopped reporting the break-ins to insurance worried that will put her in a worse situation.

"The last couple of times I did not report it to my insurance because it’s not worth it,” she said. “I worry about them dropping me and what happens if I have a fire?”

That mindset is common. Jamie Young, a restaurant owner, says he doesn’t report to insurance for the same reason even after going through five break-ins within the last year and a half.

"This is just out of control," Young said.

Despite the cost, Velarde says she is not giving up.