Democrat Melanie Stansbury and Republican Mark Moores were urging voters to cast their ballot if they haven’t already.

“We need to make sure that every single voter turns out,” Stansbury said.

"This is an exciting time. We’re on the final stretch for the election,” Moores added.

It has been more than a decade since a Republican has held the seat, and Stansbury said she hopes to continue that trend.

Stansbury previously worked with the Obama Administration on environmental issues and is currently serving as a state lawmaker for district 28, which covers parts of northeast Albuquerque.

"Put our people back to work in meaningful jobs, ensure that we’re protecting our environment, ensure that we’re addressing the well-being of our communities, because literally everything is on the line in this election,” she said.

Stansbury told KOB 4 that the two biggest issues facing the district are the recovery of the economy after the pandemic, and the drought.

"This is our opportunity to change New Mexico. If you’re tired of the high crime, poor schools and lack of job opportunities for our children, if you want your voice heard, make sure you get out to vote,” he said.

Moores has voiced the strongest support for the state’s oil and gas industry.

"We cannot destroy New Mexico’s economy because this is the one industry that actually thrives in New Mexico,” he said.

Earlier this week, Chuck Todd, NBC host of Meet The Press, weighed in on the special election. 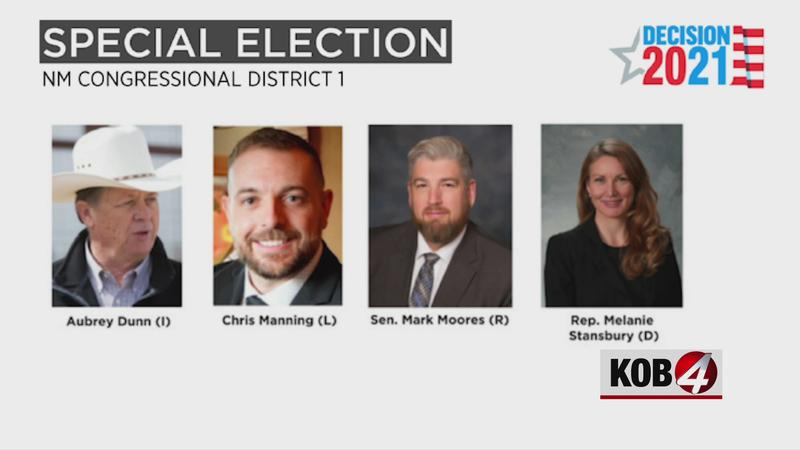