ALBUQUERQUE, N.M. —A flag-covered casket carrying the body of smokejumper Tim Hart was loaded into a plane at the El Paso Airport Sunday morning to be transported back to his home in Wyoming.

Hart’s mother said her son died doing what he loved.

"Timothy was my baby. He was my second child. He was always full of life, mischief and fun. He knew early on he never wanted an inside job,” she said.

Hart lost his life after he was injured while responding to the Eicks Fire in southern New Mexico two weeks ago.

"I think a lot of people do not understand, I think they think because it’s an outside fire, different than a dwelling fire, that ‘Oh you can just run away.’ And honesty that’s not true. They can be overtaken very quickly with the fire,” Pamela said. 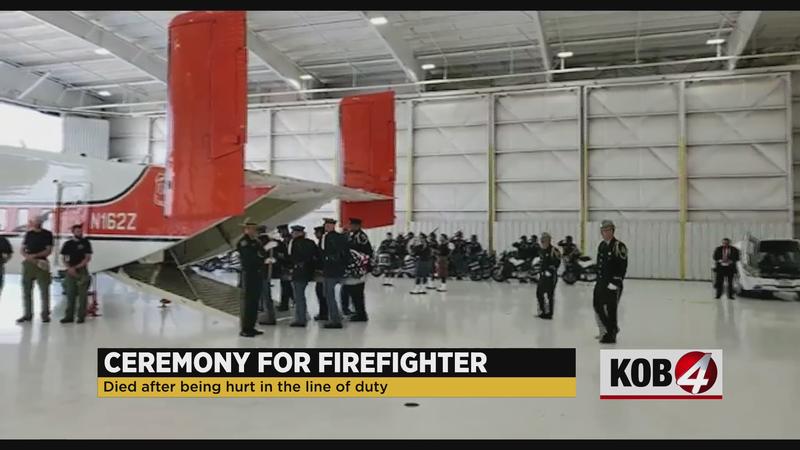 The 36-year-old had been a wildland firefighter since 2006, and worked his way up to become a smokejumper with the U.S. Forest Service in 2016.

"Being a wildland firefighter and a smokejumper, honestly was what Tim defined himself as and he couldn’t be prouder of it,” said Pamela.

Hart’s death is a reminder of the dangers wildland firefighters face while on the front lines of every fire they respond to.

"What these men and women do, jumping into harm’s way, I can’t say enough about them. They do us proud. They do America proud. They get into your hearts and it is very hard to get them out. They’re funny, they’re loving, but man—when that fire comes, whether it’s on the ground or they’re jumping into it, they forget everything else and that’s what they focus on,” Pamela said.

Hart leaves behind his wife Michelle and his dog Dash, who he lived with in Cody, Wyoming.