SANDOVAL COUNTY, N.M. – Due to winds picking up in the area, officials have decided to close Bandelier National Monument. As of Sunday, the Cerro Pelado fire has burned close to 18,000 acres and is only 10% contained.

Fire officials KOB 4 spoke to say the winds could push the fire toward Bandelier and the town of Cochiti Lake.

On Sunday morning, residents near the Valles Calderas were asked to evacuate. Officials say they closed Highway 4 Sunday afternoon.

"So we did close Highway 4 again, that was due to the fire activity to the south of the highway. It did spot into some heavier timber and was making a little bit of a push toward Highway 4 and in an abundance of caution we decided to close Highway 4," said Patrick Pearson, deputy incident commander, southern area red team.

At a community meeting Sunday, residents were briefed with the latest information on the Cerro Pelado fire.

"I’m happy to welcome those firefighters if they can hear me right now, I think of them as a blessing and I appreciate them so much," said Cochiti Pueblo Gov. Phillip Quintana.

Some areas near Cochito have already evacuated. Fire officials say the high winds could cause the fire to move toward Cochiti Lake.

"They will see a bunch of smoke, especially tonight with that wind shift. It’s going to be pushing the fire and the smoke down into Cochiti Lake, definitely not a good situation for the residents here," said Pearson.

Smoke from this fire and the Calf Canyon Hermits Peak and Cooks Peak fires could now also impact the Albuquerque metro and surrounding areas.

COMMUNITY MEETINGS: A public meeting about the Cerro Pelado fire will be held today from 3:00 pm to 4:00 pm at the Cochiti Lake Fire Department, 6515 Hoochaneetsa Blvd., Cochiti Lake, NM. Members of the Southern Area Red Team and agency representatives will discuss and answer questions about current progress and planned activities on the fire. 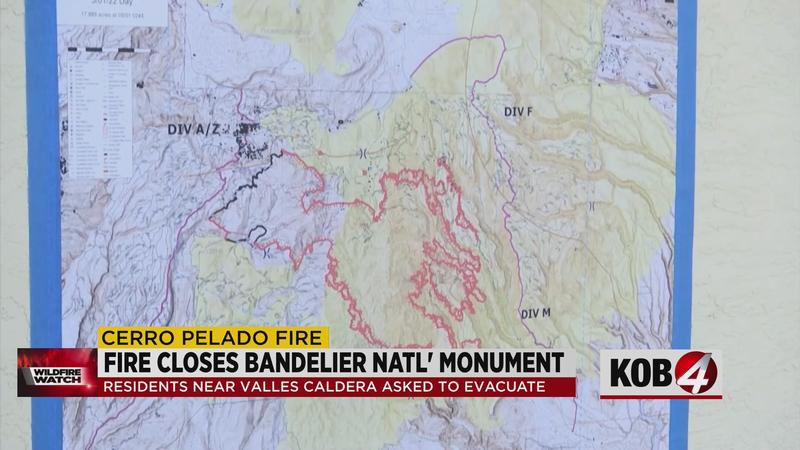