SANDOVAL COUNTY, N.M. – There are still many questions around how a Sandoval County elementary school student got their hands on marijuana candies, took them to school, and shared them with two dozen classmates this week.

One of them—will the adults who allowed it to happen face charges?

"I’m a sheriff that holds people accountable and that’s the reason why I’ve assigned my investigations unit to investigate this,” said Sandoval County Sheriff Jesse Casaus. “I hope they [parents] take this seriously and look at it as a real-world example of what can happen when they’re not being responsible."

Sheriff Casaus is not ruling out pursuing charges. But what options are there for law enforcement and prosecutors?

"Right now the laws are a little unclear and we don’t have anything specifically criminalizing these acts,” said Jessica Martinez, the Chief Deputy District Attorney of the 13th Judicial District.

New Mexico has one misdemeanor law prohibiting bringing marijuana onto school campuses. Martinez says child abuse or neglect could come into play in some cases, but it really depends on the facts. Basically, marijuana mirrors alcohol in our current laws.

"Parents readily have it available in their home so at this point we’re going to be reliant on parents just to educate their children about the dangers of marijuana and smoking it so young,” said Martinez.

She expects our courts will have some growing pains involving marijuana crimes.

"When laws are made or decriminalized, that’s something that the legislature needs to look at,” said Martinez. “They need to look at how the new law or new decriminalization of the law is going to affect society and the impacts it can have on it. And this is definitely one."

It would be up to the Legislature to add statutes to criminalize cases like this one, where adults either allow kids around cannabis or make it readily available to them. 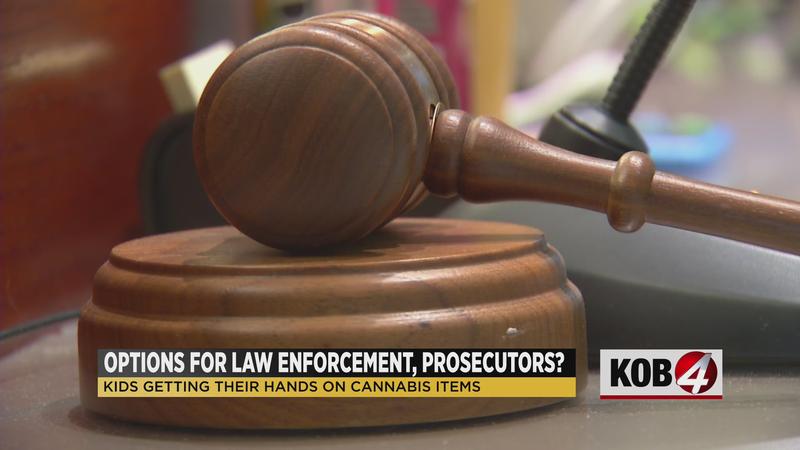