ROSWELL, N.M. – The Chaves County Board of Commissioners voted Monday to join a lawsuit to overturn the state’s newly-drawn maps of New Mexico’s congressional districts.

County Commissioners Richard Taylor, Dara Dana, Jeff Bilberry and Will Cavin, all Republicans, voted to file a motion to intervene, or join, the litigation.

“Passes unanimously four to zero, with Commissioner Ezzell recusing himself from the vote,” Cavin, the commission chair, said after the vote tally was taken.

Commissioner T. Calder Ezzell Jr, an attorney, abstained from the vote because a law firm he is a member of is representing some of the plaintiffs.

The offices of Lujan Grisham and Egolf did not respond to requests for comment by KOB 4 about the suit.

Bill Williams, Chaves County manager, said the move is a way for commissioners to express their opposition to the new map that was forged as part of the decennial redistricting process.

“It’s signing on to say that we agree it is not a good idea the way the districts were split up and we would like to see them reviewed by a court,” Williams said.

The boundaries of the state’s three congressional districts were reconfigured by the Democratic-led Legislature and approved by Lujan Grisham in December.

New Mexico’s 2nd Congressional District, now represented by Republican U.S. Rep. Yvette Herrell, will now include western Albuquerque. As a result, political forecasters now say the district that long favored Republicans is one in which Democrats have a four-point advantage.

Some cities, like Albuquerque, Hobbs and Roswell,l are divided between two districts.

The lawsuit claims that legislators intentionally dispersed voters in strongly Republican voting counties and communities between the three counties in an attempt to dilute their votes and give Democrats an unfair electoral advantage in U.S. House races.

According to court documents, plaintiffs in the suit call the new congressional map “a hopelessly partisan map that casts aside traditional redistricting principles to ensure a democratic sweep through the dilution of votes.”

Proponents of the maps say the new districts afford better representation to certain communities of interest such as Hispanics and Native Americans, and work to narrow the state’s urban-rural divide.

But critics worry it will maximize the political clout of more densely populated areas at the expenses of rural, more conservative areas.

“The concern is that this was an effort to gerrymander the current district, or the former district in fact, and create a district that can now be overwhelmed by the influence of Albuquerque and the larger population centers,” Williams said.

Commissioners though declined to authorize any money to cover expenses related to the suit.

Before the vote took place, Stanton Riggs, the attorney for Chaves County, said he is confident the price tag for the county would be minimal, at about $1,000.

Whether the county will set aside funding for the suit is something commissioners said will be decided at a later date. 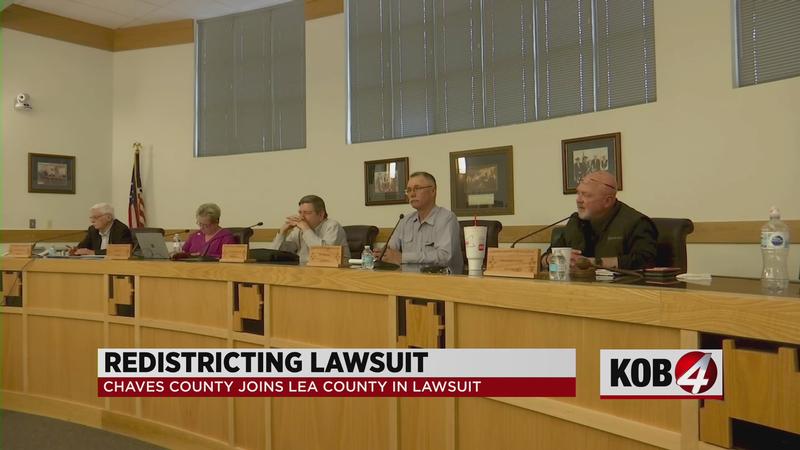