Check this out: Secret tunnel hidden under the Sunport

ALBUQUERQUE, N.M. — Hidden near the baggage claim area at the Albuquerque International Sunport is an entrance to the past — an old, secret tunnel.

People used to walk through the 100-yard tunnel to catch a flight during the 1960s through the late 1980s.

Now, just a few things remain, including 16 mosaics along the tile-filled walls of the tunnel.

"Nobody seems to know where they originated, why they’re here, or who the artist was," said Stephanie Kitts, a spokesperson for the Sunport. "The most information that we’ve been able to find so far is that they’re not necessarily artistically or historically significant."

The floor patterns of the tunnel may look familiar — the same tile templates would later be used in the terminal. 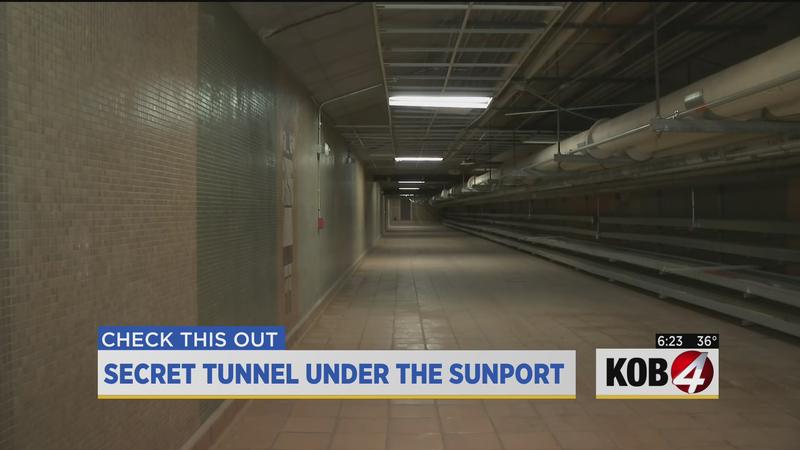 Watch the video above to learn more about the historic, hidden tunnel.