ALBUQUERQUE, N.M. – The nation’s best women hockey players made a pit stop in the Land of Enchantment to prepare for the Olympic Games.

KOB 4’s Ryan Laughlin got an up-close perspective at their practice as they hope to defend their gold medal.

It was a first for many.

"It’s cool coming to a hockey rink and seeing mountains in the background. Not something you see too often," said Grace Zumwinkle.

For Zumwinkle, it was her first time playing hockey in New Mexico. She’s on the USA women’s Olympic team – and back in November they were here to play the Ice Wolves.

There was quite a size difference, but fighting above their weight class was part of the preparation.

"I think they bring some physicality, which will suit us well headed to the Olympics and games against Canada," Zumwinkle said.

All part of preparing for their number one rival – Canada.

"It’s super intense, it gets the best out of both teams. The physicality is something that definitely sticks out and just that grit and compete factor is unmatched," said Zumwinkle.

The round-robin play in Beijing is over. The USA women lost to Canada in the prelims – but have battled back – back to a rematch in the gold medal game, against Canada.

As the ladies have their sights set on gold – they are also reflecting on how far they’ve grown in this game.

"I’d say definitely give it a try. When I first tried, I started crying the night before to my dad. Not wanting to go. But, ever since, I’ve enjoyed and just had fun with it," Zumwinkle said. 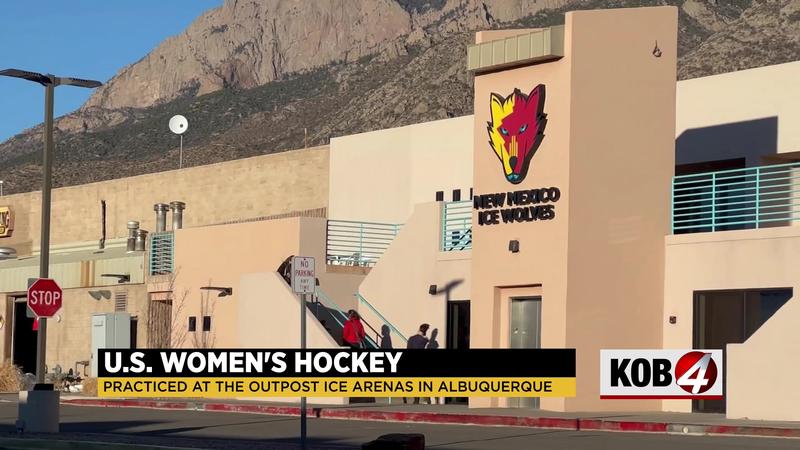