ALBUQUERQUE, N.M. — It’s a very quick process to show your vaccine card prior to entering the New Mexico State Fair, but some folks online are saying they’ve found a loophole.

Since the state mandate was announced, Expo New Mexico officials said they will operate on an honor system.

"We are training a small group of folks to recognize what a vaccine card is, what the shots are," said Expo New Mexico General Manager Dan Mourning.

However, some people said online that they are taking a picture of someone else’s vaccination card to get inside. Despite that, fair officials are standing by the honor system.

In a statement, a spokesperson said: 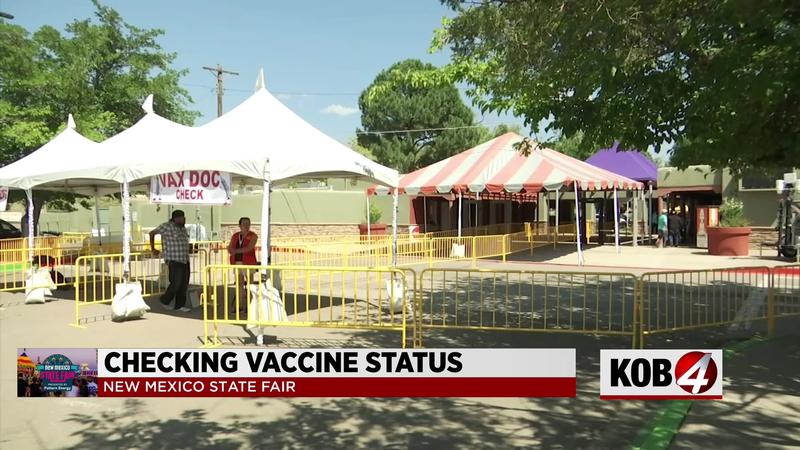 "We have relied on the honesty and trustworthiness of those who visit the 2021 New Mexico State Fair, and will continue to do so with regard to the validity of the vaccination documents they present at the Fair. It is unfortunate that there is a small group of individuals who feel comfortable jeopardizing the health and safety of our community for their own self gain. As we have asserted since the Fair began, it is not feasible for New Mexico State Fair staff to check the IDs of everyone who enter the gates, many of whom do not have access to an ID. We want to affirm that there are legal consequences for anyone who willingly violates the public health order by providing fraudulent documents to gain entry to the 2021 New Mexico State Fair."

Organizers are hoping fairgoers will be truthful about their vaccination status. The state fair goes through Sunday, Sept. 19.