"My dad died by suicide," Isner Majid said. "It felt really isolating and like nobody really understood what I was going through."

Back then, Grace didn’t know anyone who had lost a parent.

"So my mom contacted the grief center and brought my sister and me to the support groups," Isner Majid remembered. "We found a lot of value in it and a lot of healing."

It’s at the Children’s Grief Center where Grace, her sister, and their mom learned how to talk about her dad’s death. 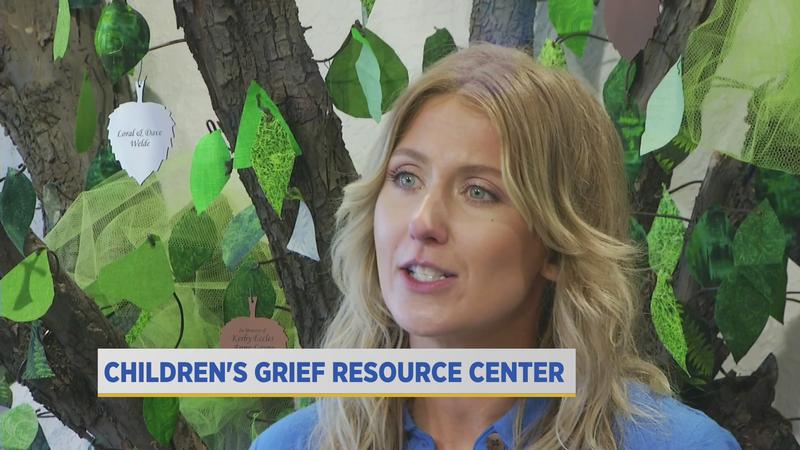 "It feels comforting to know that somebody else is going through it," Isner Majid said.

"Grief is a never-ending process. While it feels different as you become further away from the event, it still feels really important to me to be able to remember my dad," Isner Majid said.

This is why, when she moved back to Albuquerque after finishing graduate school, Grace decided to become a volunteer at the Children’s Grief Center.

"Because I want to make sure that this continues to be a resource for kids grieving, and it’s a way for me to continue remembering and honoring my dad’s memory," said Isner Majid, who works with kids who are similar in age to when she lost her dad.

"I’m able to relate in a way that not many people can," Isner Majid explained. "They’re able to see that I have been able to heal and be productive and be happy."

Six years after her dad’s death, Grace had a baby.

"I have an 11-year-old daughter named Olive," Isner Majid said.

Earlier this year, Grace got married with a photo of her dad in her bouquet.

"My husband is a resident at UNM, and we live downtown and have a dog named Rusty," Isner Majid said.

Reaching out was the hardest part but 31-year-old Grace is so glad her 13-year-old self did.

"To my 13-year-old self I would say just that it gets easier, it gets better and that it’s going to be okay," Isner Majid said.

You can find out more about the Children’s Grief Center, the online and in-person support groups and events and how you can access these free resources at their website.